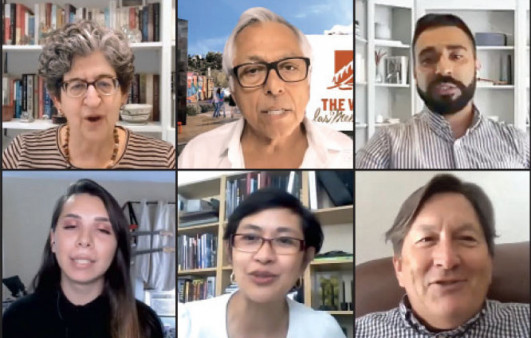 Meth and HIV Among Latino MSM

Virtual discussions in Texas and Los Angeles shed light on “the dark side of the rainbow.”

Unlike recent decades, crystal meth use is often overlooked in today’s conversations about drug use linked to HIV risk (nowadays, opioids get most of the attention). But this doesn’t mean meth has disappeared. Far from it, especially when it comes to Latino men who have sex with men (MSM). So this summer, two community leaders—one in California and one in South Texas—used Zoom and YouTube webinars to draw much-needed attention to this issue.

Richard Zaldivar, founder and executive director of The Wall Las Memorias Project, a Latino-focused health and wellness group in Los Angeles, moderated a discussion that included researchers, health care providers, government officials and advocates (you can watch the group’s “Act Now Against Meth” roundtable on its Facebook page). Together, the presenters made the case that methamphetamine continues to drive not just HIV rates but also the rates of syphilis, violent crime, hospitalizations and deaths.

Similar topics arose in the Texas-based webinar “Where There’s Smoke There’s Fire: The Impact of Meth on HIV & Latinx Gay & Bi Men & MSM.” (You can view the in-depth two-hour presentation on YouTube.) That webinar was spearheaded by the HIV collaborative Achieving Together along with advocate Oscar Lopez, who is located in the Rio Grande Valley along the Mexico border and is the CEO and founder of Poderosos, a newly launched HIV and Latino advocacy and capacity-building organization. 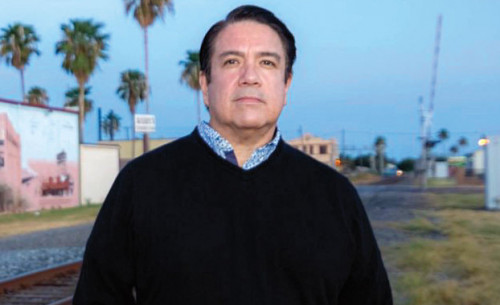 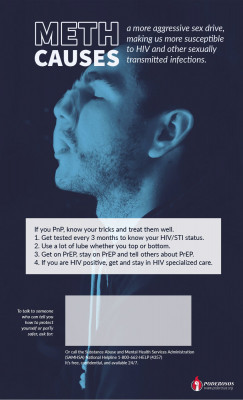 Guilmar Perdomo, a community organizer with The Wall Las Memorias Project, says he has heard similar stories in community focus groups, with one person describing meth as “the dark side of the rainbow.” These stories, he says, show how important it is to talk about crystal meth.

HIV advocates first raised the alarm about meth nearly two decades ago. Much has changed since then—the advent of social media, hookup sites, access to porn—and a new generation needs to be educated. We also have powerful prevention tools: PrEP (pre-exposure prophylaxis) and U=U (Undetectable Equals Untransmittable). PrEP is a daily tablet that keeps HIV-negative people from contracting the virus; U=U refers to the fact that people with HIV who take meds and maintain an undetectable viral load cannot transmit the virus during condomless sex. But as Cathy Reback, PhD, of Friends Research Institute pointed out in one of the webinars, although PrEP and U=U have helped lower transmission among meth users, these biomedical interventions are not a silver bullet. That’s because meth use impedes adherence and disrupts the user’s concept of time. No matter how effective the meds are, they’re useless if not taken. What’s more, many Latinos don’t have access to PrEP and HIV treatment, especially those who live in rural areas.

Zaldivar says his LA-based group is following up with smaller group discussions and will host more Zoom roundtables in the fall. “We’ve wanted to roll out a [meth] campaign for the last few years,” he tells POZ, “but we’re not in normal times now, and we want to get some recommendations from the community first.”

“We need to show Latinx gay and bisexual men that we care about them,” said Jeff Crowley, MPH, of the HIV Policy Project at the O’Neill Institute, during the Texas webinar. “That requires us to deal with these tough issues, including drug use and sexual pleasure. But that’s how we’ll ultimately produce healthy communities and really make progress toward ending the HIV epidemic.”

A collaboration of various stakeholders in Texas, this movement aims to end the HIV epidemic in that state by lowering transmissions, increasing viral suppression, ending health disparities and supporting a stigma-free climate. Visit AchievingTogetherTX.org for an overview of HIV in Texas and details about the plan to end HIV. 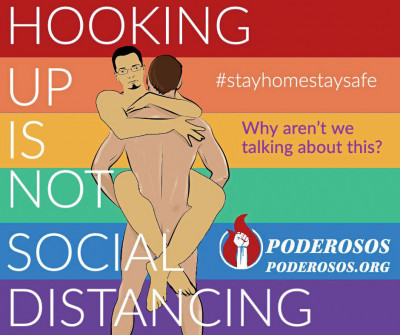 By offering community health programs, substance abuse prevention, support groups and other wellness services, this organization helps LGBT people, Latinos and other underserved communities in Los Angeles. Founded and led by Richard Zaldivar, the nonprofit is also the custodian of The Wall Las Memorias AIDS Monument (pictured) in Lincoln Park. It includes granite panels with names of those lost to the epidemic and large wall panels that depict life with AIDS in the Latino community. Dedicated in 2004, the monument is now undergoing renovation. 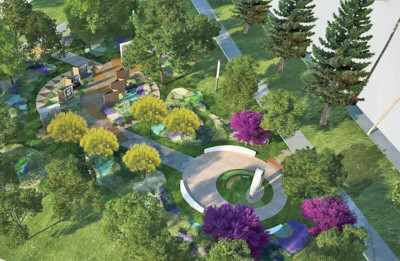