Meet three young gay men in Rio de Janeiro going through very different HIV experiences: Victor, who is HIV negative, feels betrayed and more than a little judgmental when his new boyfriend, Henrique, discloses he has HIV. For his part, Henrique becomes discouraged by the frequent rejections his status brings. And Ian is totally freaking out because his HIV test just came back positive—though after leaving the clinic, he meets the friendly Victor, who offers to introduce Ian to someone he knows who is living with HIV: Henrique.

And so begins Lucas Rocha’s delightful young adult (YA) novel Where We Go From Here, recently translated into English by Scholastic imprint PUSH. Told from the alternating points of view of these three guys, the story follows them as they navigate school, careers, families, nightlife, love, HIV, the Brazilian health care and legal systems and one dangerously vindictive ex-boyfriend. 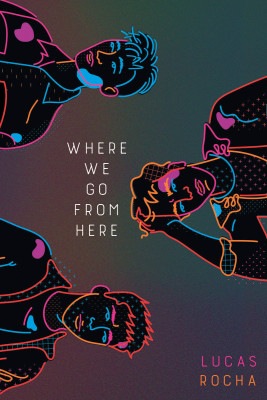 “Where We Go From Here”Scholastic/PUSH

POZ emailed Rocha, a librarian in São Paulo, about his universal tale. Our interview is lightly edited for clarity and length.

How much did you know about HIV before writing the book?

I knew some things, but I learned a lot during the whole process, especially about U=U [Undetectable Equals Untransmittable] and PrEP [pre-exposure prophylaxis]. I had the initial spark to write Where We Go From Here after I read a medical article that asked people about their thoughts on HIV nowadays and found out that people are still very prejudiced. The first thing I did was to look for YA novels that portrayed discussions about HIV in a way that could be hopeful for the future, but I did not find many of them, so I decided to write one.

So research was my main concern. I had to be extra careful to deliver the proper information and to not spread misconceptions, improper terminology and/or false [ideas]. I went to treatment centers and talked with infectious disease doctors and patients. I also had to do a lot of rewriting after my agent, sensitivity and beta readers, my Brazilian editor, my translator and my U.S. editor all read the book. It was a collective work of which I am very proud. 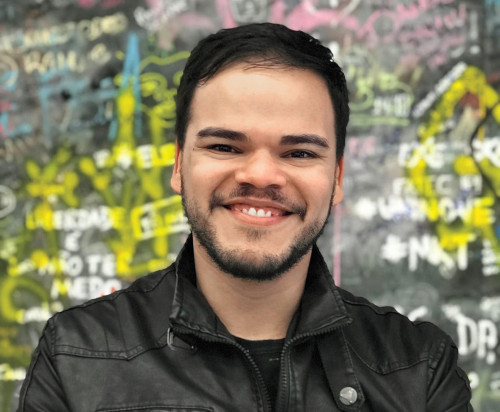 What is the attitude in Brazil toward the HIV and LGBT populations?

Everything depends on how much money you have, what gender you identify with and what is the color of your skin. We have to talk about intersectionality when we talk about the LGBTQ+ community because we have a lot of criticism from the heterosexual world, but we also have a lot of prejudices inside our own community. For instance, I’m a white-passing gay man in my country, so I have to deal with some issues regarding that, but I know that this is not the same when compared to what Black trans women have to deal with every day.

Specifically, about HIV, there’s still a lot of prejudice in Brazil, within and without the LGBTQ+ community. The information is available in different places, but the ghost of the AIDS epidemic is still very alive.

Are facts about HIV taught in school?

There’s not sex education in the majority of Brazilian schools. All that I learned about HIV when I was a kid was that it was an STD [sexually transmitted disease], a term we no longer use to talk about HIV. That was during a biology class followed by some weird documentary with lots of other gruesome STD pictures meant more to scare and convince us that condoms and abstinence were the only ways of protection. The media and the families are the main ones responsible for educating kids about HIV, but they also didn’t have the proper education. So it’s a very bad cycle.

What were your goals for this book?

I wanted to deliver a happy story. It is important for HIV-positive people to know that first, they are not alone, and second, they can have beautiful and fulfilling lives. One of my main motivations was to tell a story not about survival but about thriving.

Why write it from three points of view?

I wanted to talk about HIV with nuances, and having the voices of Ian, Victor and Henrique, each with a different perspective about HIV, helped me. That dynamic was fundamental to discuss different relations between people, the loneliness of an HIV-positive person, the first fears that show up, the new knowledge that a recently diagnosed person acquires and all the things that we, as a society, assume about the virus and the people living with it. Once the voices of the three of them were set in my mind, creating the world around them was very organic.

Was any one character harder to write?

Yes! Victor was the most challenging—he’s the youngest one, the most privileged and the one who has more to learn. He has his own journey to accept and understand what it means to be in a relationship with an HIV-positive person, and a lot of his prejudices and negative thoughts are very different from my own, but he also expresses a lot of what I used to think in my youth.

Tell us about access to HIV health care in Brazil.

Brazil has one of the greatest universal treatment programs for HIV and AIDS in the world! Many people do not realize this, but the Brazilian public health care system is very efficient when it comes to HIV treatment, especially in a big city like Rio de Janeiro. The only thing you need is your ID and your public health card (which is free), and you can pretty much start your treatment.

Does Brazilian law protect people who have HIV?

Yes, Brazil passed a clear law (n. 12.984) in 2014 that ensures some rights for HIV-positive people, such as education rights and the impossibility of being fired from their jobs because of their status and/or having their positive status disclosed if the intent is to publicly shame them. 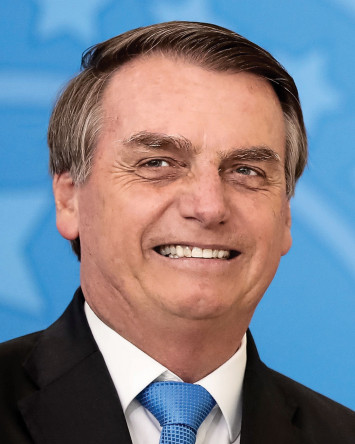 Your president seems very similar to President Donald Trump. Can you give us an update on the political situation in Brazil for the LGBT and HIV populations?

Jair Bolsonaro is the kind of president that barks a lot and targets specific communities to [distract from] his other intentions. He has already said that he pretty much prefers that one of his sons dies in an accident than that he tells him he is gay.

At the same time that he publicly talks trash about LGBTQ+ people, he passes some bill allowing landowners to spread fire through the rainforest to raise cattle. That’s his pattern. What concerns me the most is not his barking but the clapping and endorsement of his electors. 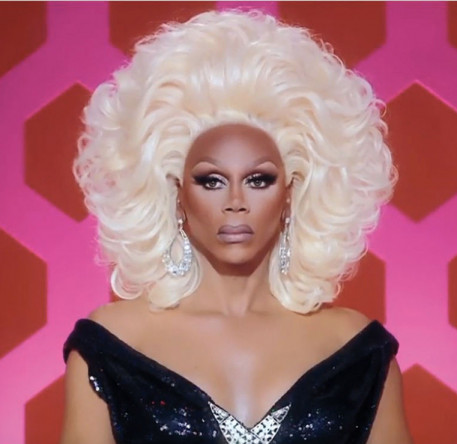 Finally, your novel is packed with U.S. pop culture references. Have you visited the states, and did you Americanize the book in the translation process?

Aside from some very specific Brazilian references, I didn’t change a lot. I guess that some people in the United States have the tendency to see Latin America as some sort of exotic place (there’s a lot more than samba, soccer, carnival and the rainforest in Brazil), but at the end of the day, we share way more things than we may assume.

A lot of people in my country see the United States as the best place in the world, but that’s mainly because of cultural imperialism. I never went to the United States, but I grew up consuming a lot of TV shows, music, movies and books produced by U.S. artists as well as from many artists around the world, and that mix has built my references as a person and as a writer.