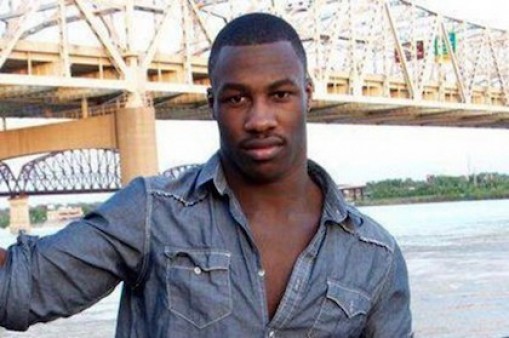 The former college wrestler in Missouri entered a plea deal after his original conviction was overturned.

Michael Johnson, whose HIV-related trial in Missouri raised issues of racism and homophobia, accepted a 10-year sentence for not disclosing his HIV status to male sexual partners. A college wrestler when he was arrested in 2013, Johnson has already served nearly four of the 10 years, but he faced up to 96 years if found guilty, according to a press release by the Center for HIV Law and Policy.

He had previously been sentenced to 30 years in prison after being convicted of recklessly transmitting HIV to one partner and exposing others to the virus. But an appeals court threw out the original conviction because of prosecutorial misconduct. The original case drew national attention, not just because of its racial and sexual aspects but also because of laws that AIDS advocates claim unfairly punish people with HIV.

“The law treats HIV as a death sentence rather than the treatable, manageable disease it has been for years,” said Rose Farnan of the Greater Kansas City Chapter Association of Nurses in AIDS Care, in the press release. “Unlike people diagnosed with cancer caused by the HPV virus, people living with HIV have a life expectancy approaching that of HIV-negative people.”

“The law does not even require an intent to harm someone, unlike other felonies in Missouri,” added Anthony Rothert, legal director of the American Civil Liberties Union of Missouri Foundation. “There was no evidence at trial that Johnson intended or even thought of harming someone.”

The Center for HIV Law and Policy also points out that “Missouri’s criminal HIV exposure law, and similar laws in other states, are opposed by the U.S. Department of Justice, Presidential Advisory Council on HIV/AIDS, American Medical Association, American Psychological Association, National Alliance of State and Territorial AIDS Directors, Association of Nurses in AIDS Care, Infectious Diseases Society of America, and HIV Medicine Association, among many other organizations.”

In the original trial, Johnson was found guilty of five counts: one of exposing a partner to HIV and four of trying to expose a partner to the virus. For more on that 2015 verdict, click here. To read an open letter that 89 Black gay men penned to Johnson at that time, click here.