José M. Zuniga, PhD, MPH, is president and CEO of the International Association of Providers of AIDS Care (IAPAC), which represents more than 30,000 clinicians and allied health care professionals worldwide. IAPAC also serves as the secretariat for the Fast-Track Cities Institute, which supports a network of more than 390 cities striving to end their HIV epidemics by 2030.

As two United Nations (U.N.) public health deadlines loom—attaining ambitious HIV programmatic targets by 2025 and ending AIDS as a public health threat by 2030—Zuniga reflects on successes, shares his concerns and explains why he remains optimistic about the global HIV response. 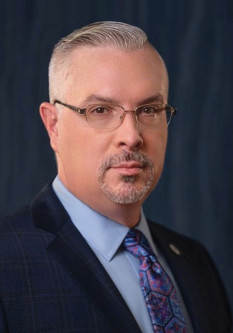 Are we on track to meet the U.N.’s HIV goals and targets?

We are not on track, even if we use the most lenient of metrics. That is not to say that zero progress has been made. After all, HIV was transformed from an automatic death sentence to a chronic condition for the 28.2 million people living with HIV who are on antiretroviral therapy (ART) today. Still, 6.1 million people living with HIV do not know their status, and of those who know their status, almost 30% are not on ART, whose successful outcome is Undetectable Equals Untransmittable, or U=U. The COVID-19 pandemic sent us even further off track.

What has gone wrong, and what have we gotten right?

We took our eye off the ball. Some among us became complacent, seemingly content with the progress achieved pre–COVID-19 and/or the unproven belief that our losses from the colliding epidemics of HIV and COVID-19 were not as bad as initially feared. There is also a willingness to take up other, albeit important, issues while our own messages, as those focused on advancing the HIV response, should be primarily focused on HIV.

For example, spending two years fixated almost entirely on COVID-19 while HIV continues to rage among key populations has been counterproductive in our efforts to curb complacency, urge engagement and make the case for continued investment. There is a laundry list of other gaps we have failed to address, including the slow pace of implementation of HIV medical and prevention interventions we witnessed before and hope to avoid with the rollout of long-acting antiretrovirals.

Learning lessons from what has gone wrong is as important as learning and replicating what is successful. We need to have those conversations—not in isolation of those who are most affected but instead led by them. People living with and at risk for HIV must have a prominent role in leading the discussion about how to get back on track.

The list of what we have gotten right is a long one. The HIV community pioneered advocacy to address an epidemic that exploded into a pandemic and claimed the lives of millions of people in the process. As that tragedy unfolded, an HIV movement took form, took action and took responsibility for ensuring that the trajectory from an HIV diagnosis turned from that of an early grave toward the possibility of living a long life.

This success was predicated on community engagement, political will, sound public policy and health financing. The leadership of affected communities propelled the HIV movement further than it might have gone if the response was left only to governments.

Affected communities are still on the front lines of advocating, delivering and monitoring HIV services. That is as it should be, and we must ensure that key populations, including LGBTQ people and migrants, are lifted up and their supportive health and social support organizations adequately resourced to combat inequities and stigma. Leadership from those most affected by HIV is critical, not just because they are best suited to lead us but also as a moral imperative.

What keeps you up at night as you think about the global HIV response?

It is the fact that with the tools at our disposal and the know-how to guarantee people living with HIV a near normal life span, we continue to witness an unacceptable number of AIDS-related deaths annually—680,000 in 2020. I regret, too, that while the pediatric HIV epidemic has enjoyed a significant amount of lip service, the response itself has lagged due to a lack of resources.

I also fear that without a more robust engagement to shatter the status quo, people living with or affected by HIV will continue to be unjustly targeted by arcane and inhumane laws, condemning some to languish in prisons for reasons that are based on ideology rather than science.

My heart sinks when I hear about a diminution in political and financial commitment to maintain a comprehensive and robust HIV response that will get us across the finish line. I worry about inequities built into our public health system and the lack of planning for implementing innovations in an equitable manner.

Finally, human-made crises, such as what we are witnessing with the unprovoked war on Ukraine, anger me because, ultimately, in perpetrating these acts of military aggression, the human rights to life, dignity, health and self-realization are violated.

Assuming it is not too late, what can we do to get back on track?

We need to refocus. We can and must address the persistent barriers that thwart our ability to regain momentum against HIV and, just as important, deny people the opportunity to live healthy lives in a more equal society.

However, in many instances, allied institutions are better positioned to guide and inform our advocacy for social enablers. Similarly, we need to better integrate syndemics into our work, including mental health conditions, which have become more acute coming out of the COVID-19 pandemic. Obviously, we require sound public policy to guide our efforts and adequate financial resources to fuel the HIV response.

Reimagining HIV prevention is urgently needed, particularly to stem the tide of new HIV infections, which stands at 1.5 million annually. Also urgent is eliminating business-as-usual approaches that have failed to deliver for affected communities. Moreover, too often our interventions are driven by politics rather than science—for example, with respect to needle exchanges and supervised injection sites for people who inject drugs.

Data-driven, equity-based, evidence-informed approaches are the only way to regain momentum for the HIV movement, but these approaches will only work if we place affected communities in the driver’s seat. Relatedly, human rights must be at the center of the HIV response, since ultimately a virus is not the singular cause of so much indignity and suffering endured over so many decades.

Ours is a monumental task to advance an agenda of social transformation, the goals of which are aligned with the HIV response but are also advanced through strategic alliances with the equality, food security, poverty, women’s rights and other movements. All of this is doable, but we must have the humility to acknowledge our current predicament and the courage of our convictions to get back on track.

Are you hopeful about the future?

I am an eternal optimist, largely because I see the dedicated advocates, clinicians, researchers, service providers, political and public health leaders and others who are making progress despite the evolving challenges we have faced. I am convinced that we can recommit to adequate investment for a renewed and reenergized global HIV response.

But my optimism is tempered by the reality of the world in which we live. In that respect, I also hope that we can redefine that reality so that no one is left behind as we work to curb new HIV cases and AIDS-related deaths but also to ensure that people living with and affected by HIV are treated with the dignity they deserve and to which they have a human right.