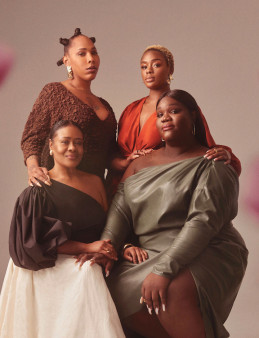 Women featured in Risk to Reasons Courtesy of ViiV Healthcare

“Women at risk for HIV.” “On the down low.” “Risky behavior.” “High-risk sex.” Such phrases frame conversations about HIV prevention in terms of stigma, fear and judgment, according to Risk to Reasons, a new initiative from ViiV Healthcare spearheaded by and targeting African-American women.

The initiative is the result of the Black Women’s Working Group to Reframe Risk, a collection of advocates, researchers, communications experts and Black women living with and working in HIV. Established by ViiV, the group convened several times and published its findings in “From Risk to Reasons: A Guide for Communicating and Connecting with Black Women about HIV,” which you can read for free online. The $5 million initiative also funds community action and connects advocates across the nation.

Black women account for 55% of new HIV diagnoses among cisgender women and 46% of new diagnoses among transgender women, despite making up less than 15% of the female population. However, the report points out, only about 10% of women who could benefit from pre-exposure prophylaxis (PrEP, the pills and injections that prevent HIV) are prescribed it. Clearly, new approaches are needed to reach and empower Black women with regard to HIV prevention and care.

“When it comes to HIV, the very language designed to raise women’s awareness and motivate them to practice prevention—‘risk’—is often counterproductive and off-putting,” write the report’s authors. “The word ‘risk’ is unspecific and stigmatizing. It can cause people to disassociate, rather than reflect on their potential prevention needs.… For Black women, the greatest ‘risk’ for HIV may be poverty, homelessness, where you live, intimate partner violence or other social determinant.”

The Risk to Reasons initiative calls for new approaches and new language. Instead of saying “women at risk for HIV,” try “women with reasons for HIV prevention.” And it suggests centering discussions on personal choices, respect and the inherent empowerment found in HIV prevention and care.

POZ Poll: Do you think phrases like “high-risk behavior” are stigmatizing?