Given every four weeks, combo injections of cabotegravir and rilpivirine will likely face an FDA decision by early 2020.

Treating HIV with monthly combination injections of long-acting formulations of ViiV Healthcare’s cabotegravir and Janssen’s rilpivirine (sold in daily pill form as Edurant) suppresses the virus as effectively as a standard daily oral antiretroviral (ARV) regimen. Given the success of the experimental regimen in a pair of advanced trials, the long-acting combination of cabotegravir and rilpivirine is poised to achieve approval from heath regulators, including the Food and Drug Administration (FDA).

This would mark the first time an approved regimen does not require taking daily oral medications.

People with HIV who receive a prescription for an approved long-acting injectable regimen would need to receive their injections intramuscularly in a clinic, most ; they would not be able to inject themselves at home.

Susan Swindells, MBBS, of the University of Nebraska Medical Center in Omaha, presented findings from the Phase III open-label, multicenter ATLAS study at the 2019 Conference on Retroviruses and Opportunistic Infections (CROI) in Seattle. Participants started the trial with HIV fully suppressed by daily oral ARVs and were randomized to stay on their initial regimen or switch to monthly long-acting cabotegravir and rilpivirine. 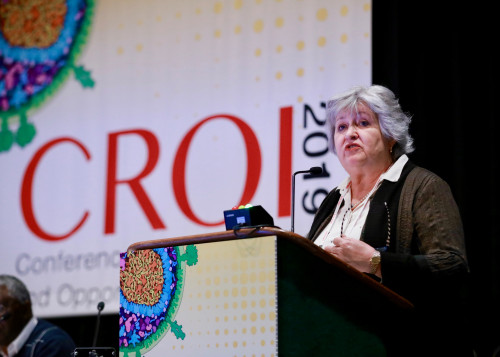 Findings from the Phase III FLAIR study of people starting their first ARV regimen with either the long-acting injectable regimen or a daily oral regimen were also presented at CROI. That trial reached findings comparable to the ATLAS study.

These studies carried the torch from the Phase IIb LATTE-2 study, which established that a four-week dosing interval, as opposed to the eight-week interval that was also tested, was preferred for long-acting injectable cabotegravir and Edurant.

At the study’s baseline, in addition to taking two NRTIs, 50 percent of the participants took an NNRTI, 33 percent took an integrase inhibitor and 17 percent took a protease inhibitor. They had been on ARVs for an average of about four years.

The participants were randomly assigned to two even groups. The members of one group stayed on their daily oral ARV regimen. The other group received a daily oral formulation of 30 milligrams of cabotegravir and 25 mg of Edurant for four weeks, during which time they were monitored to ensure that the regimen was safe.

The long-acting regimen was also deemed noninferior to the daily regimen as a result of the fact that a respective 92.5 percent and 95.5 percent of each group had a viral load below 50 at the 48-week point of the study.

The FLAIR study also found that the long-acting regimen was noninferior to daily oral ARVs.

In ATLAS, three people in the long-acting arm and four in the daily-drug arm experienced virologic failure, defined as a viral load of 200 or greater according to two consecutive tests. All were found to have ARV drug resistance that predated their entry into the study.

Among those who received the injectable treatment, 231 participants (75 percent) experienced pain at the injection site. Four participants (1 percent) withdrew from the study because of such pain.

An analysis of the metabolism of the injectable treatment indicated it led to drug levels in the body comparable to those seen with standard daily oral therapy.

One person died in the daily-drug arm.

Of the 273 people in the long-acting treatment arm who completed a questionnaire at week 48, 266 (97 percent) preferred their new regimen over their old daily regimen.

“It has surprised me how much people do like it,” Swindells said of the long-acting regimen. “They just love not having to think about it,” she continued, referring to participants’ freedom from adhering to a daily oral regimen.

The FDA has already given the long-acting regimen a fast-track designation. According to a Janssen representative, the company plans to apply for approval of the regimen in the United States and the European Union later in the year. Consequently, the FDA will likely issue a decision on the regimen by early 2020.

To read a press release about the ATLAS and FLAIR studies, click here. 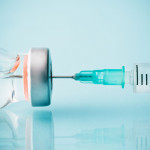 Cabenuva Every Other Month Maintains Viral Suppression for Two Years

Long-Acting Cabotegravir Is an Effective PrEP Option for Women