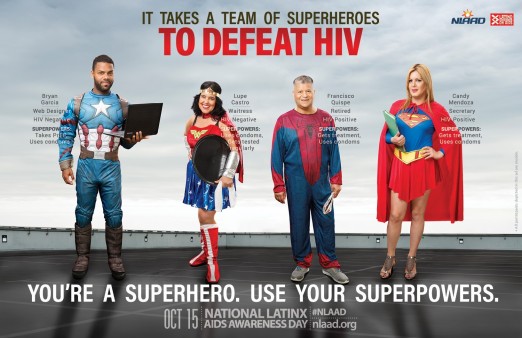 NLAAD arrives Sunday, October 15, with the theme “Be a Superhero. Defeat HIV.”

Sunday, October 15, marks National Latinx AIDS Awareness Day (NLAAD) 2017. Founded by the Latino Commission on AIDS, the day is an opportunity to raise awareness about HIV testing, treatment and prevention among the country’s Latino population.

This year’s theme is “Be a Superhero. Defeat HIV.” The reason, according to a Latino Commission on AIDS press release, is that we all have superpowers and a role to play in fighting the epidemic, whether that means getting tested for HIV, practicing safer sex, becoming undetectable or taking Truvada as pre-exposure prophylaxis (PrEP) for HIV prevention. 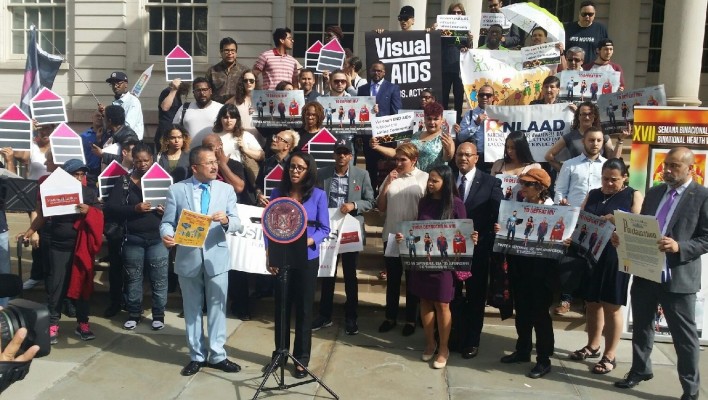 NLAAD takes place each year on the last day of Hispanic Heritage Month, which begins September 15.

According to Centers for Disease Control and Prevention statistics, Latinos make up about 17 percent of the U.S. population but accounted for nearly 24 percent of estimated HIV diagnoses in 2015. Latino men who have sex with men (MSM) face disproportionately high rates; about 7 in 10 new HIV diagnoses among Latinos are among MSM. Of all Latinos living with HIV in the United States, about 50 percent have an undetectable viral load. 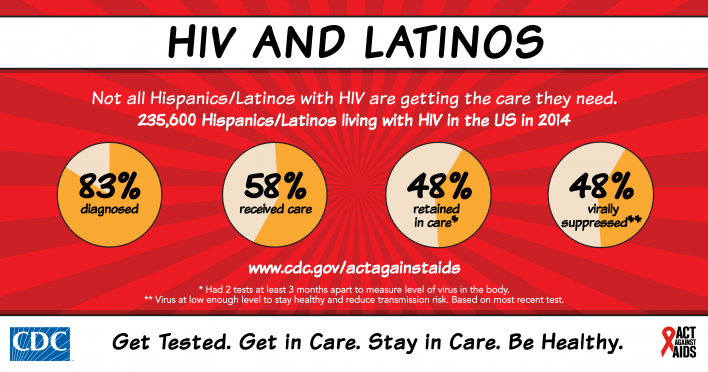 You can download infographics (in Spanish and English) like the ones above and below at CDC.gov and share posts on social media using the hashtag #NLAAD.

And to read a POZ interview with “Queer Eye” star Jai Rodriguez about HIV awareness among the Latino community, click “Sex Tips From a Gay Man, Indeed!” 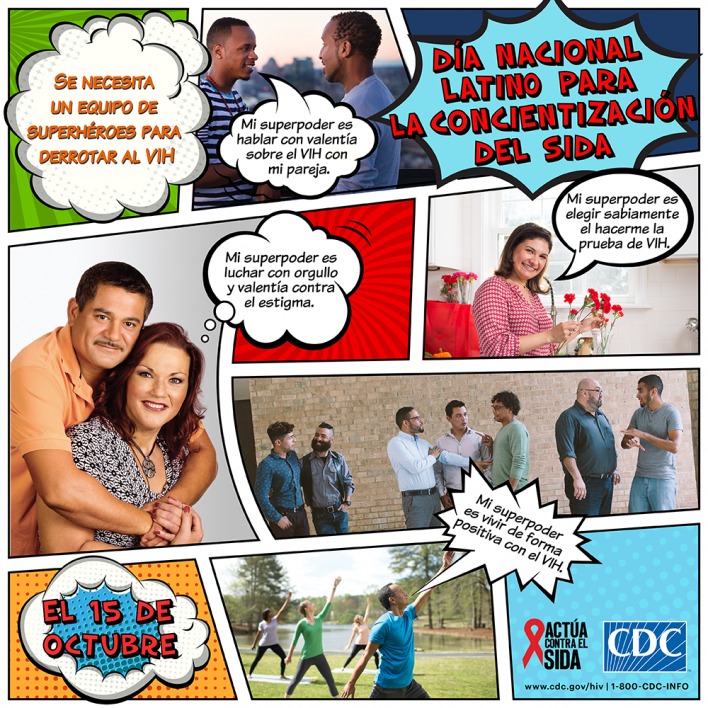 You can download NLAAD infographics in English and SpanishCDC.GOV/Act Against AIDS