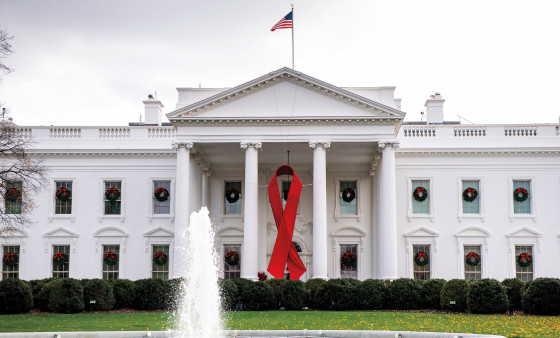 For starters, the National HIV/AIDS Strategy for 2022 to 2025 centers people living with HIV and addresses racism. These six elements stand out.

The updated National HIV/AIDS Strategy, announced on World AIDS Day, December 1, offers a road map to the ultimate goal of ending the HIV epidemic in the United States by 2030. It spans 2022 to 2025 and builds on previous strategies; the first such strategy was launched during the Obama administration in 2010.

During a World AIDS Day address at the White House, President Joe Biden praised the updated strategy and promised that people living with HIV would “inform our efforts every step of the way.”

Today, @WhiteHouse released the National HIV/AIDS Strategy for 2022-2025 (#NHAS), providing partners across the nation with a road map to accelerate our efforts to end the #HIV epidemic in the United States. pic.twitter.com/8cSlhQd2ud

As expected, this strategy differs in numerous ways from previous efforts and reflects the current epidemic and political mood, for example by recognizing racism as a public health threat. Before we explore those differences, here’s a look at the top-line goals (which remain straightforward) and the strategy’s vision for the nation, stated as such:

The United States will be a place where new HIV infections are prevented, every person knows their status, and every person with HIV has high-quality care and treatment, lives free from stigma and discrimination, and can achieve their full potential for health and well-being across the lifespan.

The 98-page strategy breaks down each of the four goals into more specific objectives and lists challenges, opportunities and recommendations for each. The strategy also highlights priority populations—groups disproportionately affected by HIV—and lists quantitative targets in order to track progress. Sample indicators include “increase linkage to care within one month of diagnosed HIV to 95% from a 2017 baseline of 77.8%” and “increase viral suppression among Black [men who have sex with men] diagnosed with HIV to 95% from a 2017 baseline of 58.4%.” 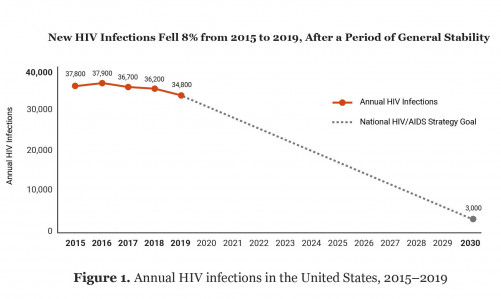 What sets the updated strategy apart from previous iterations is that it promises to address the needs of people aging with HIV, pursue measures to improve the quality of life for people living with HIV, acknowledge the importance of addressing sex workers’ and immigrants’ needs, and seek to work with the Department of Justice, states and advocates to eliminate remaining HIV criminalization laws.

It’s a “tremendous step forward,” said Naina Khanna, co–executive director of Positive Women’s Network–USA and a member of the US People Living With HIV Caucus, which produced its own policy agenda for HIV this year.

“It’s a tremendous sign of progress that people living with HIV are back in the federal plan,” Khanna told POZ directly after Biden completed his speech at the White House’s World AIDS Day event. “These issues are ultimately about our lives—of the 1.2 million people [currently] living with HIV.”

One particular person living with HIV who was instrumental in creating a more people-centered strategy was Harold Phillips, the director of the Office of National AIDS Policy, which developed and published the strategy.

“This is really a testament to Harold,” Gregorio Millett, MPH, the vice president of amfAR, The Foundation for AIDS Research (amfAR), told POZ. Millett, who helped draft previous iterations of the strategy, continued: “It really does a good job of building on the original strategy and the second iteration of the strategy by really getting into other issues that neither of those documents were able to do.”

Below, we underscore six elements of the new strategy likely to impact the lives of people affected by HIV:

Racism Is a “Public Health Threat” in the Fight Against HIV

The disparities, inequities and indignities of racism have been quantified for decades. But the new HIV/AIDS strategy is the first to specifically draw a line from racism and other forms of discrimination to the ongoing HIV epidemic.

“The Strategy recognizes racism as a public health threat that directly affects the well-being of millions of Americans,” the strategy states. “Over generations, these structural inequities have resulted in racial and ethnic health disparities that are severe, far-reaching, and unacceptable.”

Later, the strategy calls out other isms—xenophobia, homophobia, transphobia, substance use stigma and sexism—as barriers to improving HIV equity. But it also acknowledges that these other isms affect people of color differently.

“It’s a signal that we’re moving in a different direction in terms of health, where we talk about patient autonomy and we start to really recognize that people will not engage in preventative services if they don’t have access to services, if they don’t feel safe accessing those services,” she said.

As amfAR’s Millett told POZ: “President Obama certainly talked about racism quite a bit and has alluded to racism and health disparities. But President Biden definitely brought this issue much more sternly.”

A Focus on Quality of Life for People Living with HIV

The group is circulating a sign-on letter to codify seats for members of the caucus into the charters of the President’s Advisory Council on HIV/AIDS, the Centers for Disease Control and Prevention/Health Resources and Services Administration Advisory Council and the Office of AIDS Research Advisory Council.

The three boards guide the implementation of the strategy and monitor its progress, so adding seats for people living with HIV ensures their input.

“The People Living With HIV Caucus collectively has access to tens of thousands of people living with HIV on the ground, mechanisms for taking community input and mechanisms for community accountability,” she said. “This is something we live with every single day. So we are more than ready to roll up our sleeves and get to work on defining what those indicators will look like with our federal partners.”

“Expand capacity to provide whole-person care to older adults with HIV and long-term survivors,” reads one of the goals. This includes improving non-HIV-specific care at aging services agencies and senior housing and calls for more research into the age-related medical needs of people living with HIV and building the ability of agencies other than Health and Human Services to support people living with HIV over their life span.

Here, again, quality of life is at the center, including addressing social isolation and loneliness for aging people with HIV and mental health needs in general.

In 2019, the Trump administration launched a federal initiative titled “Ending the HIV Epidemic: A Plan for America.” The overarching goal was the same as the National HIV/AIDS Strategy—a 95% reduction in new HIV cases by 2030—but the initiative planned to reach the benchmark, in part, by devoting funds and resources to 57 jurisdictions that accounted for more than half of new HIV cases.

In addition, the original language in the 2019 plan called for “elimination teams” to descend into clusters of new HIV transmissions to stop the spread. It was a controversial idea, in part, because it entailed sharing citizens’ health data with the government (so the government could identify new clusters). Although the data are supposed to remain anonymous, activists worried about the safety of people who tested HIV positive, especially in states where HIV is criminalized.

In fact, in the buildup to the National HIV/AIDS Strategy release, HIV advocates published “Demanding Better: An HIV Federal Policy Agenda by People Living with HIV,” a guideline of sorts to the authors of the strategy. They called for a moratorium on molecular surveillance until safeguards could be put in place.

And while the language in the new plan is softer (“data-to-care” instead of molecular tracing), the strategy still calls for expanding data-sharing agreements and integrating surveillance, clinical services, pharmacy and social/support services data to better identify and engage people in care.

“There are still laws on the books that criminalize spitting by people living with HIV,” Biden said during his address. “It’s 2021, the United States of America. We have to follow science, and that means eliminating laws that perpetuate discrimination, exacerbate disparities, discourage HIV testing and take us further away from our goal.”

It’s a remarkable statement for a president to make, and he isn’t just talking about antiquated spitting laws. HIV nondisclosure laws fit the bill too. A senior White House official said in a press briefing this week that the Department of Health and Human Services plans to work with the Department of Justice, state officials and HIV advocates to eliminate these laws.

“We’ve never had a president talk about that before,” said amfAR’s Millett.

“Ensure resources are focused on the communities and populations where the need is greatest, especially Black, Latino and American Indian/Alaska Native and other people of color, particularly those who are gay and bisexual men, transgender people, people who use substances, sex workers and immigrants.”

That’s how the strategy lays out its goal to address stigma and disparities and improve HIV equity.

It’s a move that Transhealth’s Ducar thinks will fundamentally shift the overall health care of people living with HIV, including transgender and gender diverse individuals. She said the clinic, which opened this year, sometimes sees people who haven’t been to a doctor in so long that their visit with Transhealth leads to an urgent trip to the emergency room.

“And this is in western Massachusetts, right?” she said. “We are still seeing the effects of the lack of access to a safe place to receive care and the real harm that does to the body.”

Following where resources and money go will be something else for HIV advocates to track.

How this strategy will play in areas that have been resistant to change is another matter, said Daniel Driffin, MPH, cofounder of Thrive SS, an HIV nonprofit based in Atlanta.

“I look forward to reading the implementation guide to be released in the future,” he said. “In addition, I am interested in seeing how the Southern health departments and jurisdictions stand this document up, especially in legislatures that may not lead epidemic planning with science.”

Click here for remarks on the strategy by AIDS United’s president and CEO, Jesse Milan Jr.