The United States has updated its plan to end HIV. On World AIDS Day, December 1, the White House released the latest National HIV/AIDS Strategy, which covers 2022 to 2025 (the first one was launched in 2010). The strategy spells out its overarching vision as follows:

The United States will be a place where new HIV infections are prevented, every person knows their status, and every person with HIV has high-quality care and treatment, lives free from stigma and discrimination, and can achieve their full potential for health and well-being across the lifespan.

A top-line objective is to reduce new HIV cases by 75% by 2025 and by 90% by 2030—this would amount to fewer than 3,000 cases a year. The strategy offers a road map, complete with benchmarks, to attain those goals. In addition to lowering new cases, the goals include improving health outcomes for people with HIV, reducing health disparities and integrating stakeholders and community partners in these efforts.

“It’s a tremendous sign of progress that people living with HIV are back in the federal plan,” Naina Khanna, co–executive director of Positive Women’s Network–USA and a member of the U.S. People Living With HIV Caucus, told POZ.

What else is new? The strategy calls out racism as a “public health threat that directly affects the well-being of millions of Americans.” The updated plan also aims to direct resources to the unique needs of sex workers, transgender women, immigrants, African Americans, Latinos, Native Americans and other groups disproportionately affected by HIV. And it seeks to end HIV crime laws.

Notably, this strategy also focuses on long-term survivors and people aging with the virus and sets the goal of improving the quality of life of people with HIV, not just their viral load. 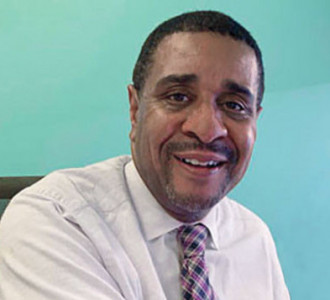 This more people-centered plan arrives courtesy of Harold Phillips, the director of the White House’s Office of National AIDS Policy, which developed and published the strategy.

“The plan is a huge step forward,” writes AIDS United’s CEO and president Jesse Milan in a blog post on the updated national strategy. “This new vision is inspiring.”