The city is also close to joining Seattle in hitting all three 90-90-90 targets for rates of diagnosis, treatment and viral suppression.

New York City, once the epicenter of a health cataclysm, increasingly has its HIV epidemic under control. The city stands at the vanguard along with San Francisco in particular in running a major public-private campaign to aggressively combat the virus on multiple fronts.

Down from a rate of about 6,000 diagnoses in 2000, New York City saw 2,279 new diagnoses in 2016, a figure that represented an 8.6 percent one-year decline. A total of 1,236 (54 percent) of the 2016 diagnoses were among men who have sex with men (MSM), a risk group that experienced a steep 14.8 percent one-year drop in its diagnosis rate. MSM’s declining rate occurred among Blacks, Latinos and whites alike, although the decline was less steep among Blacks. 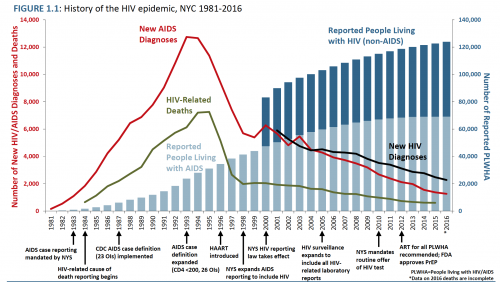 The 463 cisgender women (20.3 percent of the total) diagnosed with HIV in 2016 actually represented a small one-year increase in the diagnosis rate among females, with Black and Latina women accounting for more than 90 percent of new diagnoses.

Forty-six transgender individuals (2 percent of the total) were diagnosed in New York in 2016. 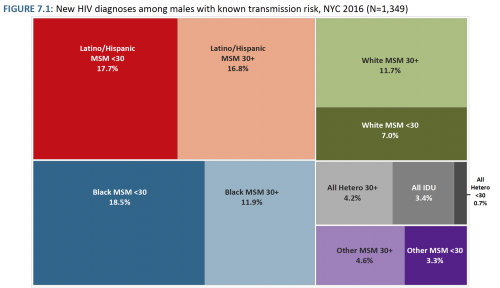 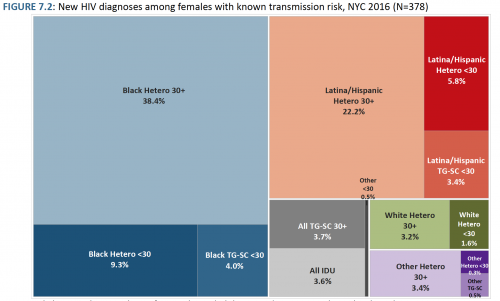 While previously there was much fanfare that in 2015 New York City saw no babies born with HIV, preliminary data regarding 2016 indicates that one newborn did contract the virus from his or her mother last year. All told, between 2012 and 2016, there were just seven cases of mother-to-child transmission of the virus, affecting 0.7 percent of infants born to HIV-positive mothers during that period. 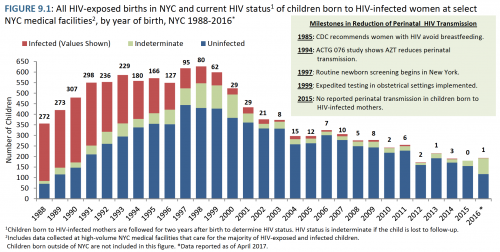 At the 2017 Conference on Retroviruses and Opportunistic Infections (CROI) in Seattle in February, the host city announced it was the first major U.S. metropolis to hit the 90-90-90 target for controlling its own HIV epidemic.

New York City is close to joining Seattle as another large American city to hit those targets. According city figures that update the published report’s data, New York has an estimated 96 percent of its HIV population diagnosed, 86 percent of that group prescribed ARVs and 93 percent of that group virally suppressed, for an overall viral suppression rate of 77 percent.

Even if New York has a bit more work to do to get an extra 4 percentage points of its diagnosed population on ARVs, the city has already exceeded the 73 percent overall viral suppression rate that is the endgame of the 90-90-90 formula. Hitting that viral suppression rate by 2020, according to modeling from the Joint United Nations Programme on HIV/AIDS (UNAIDS), would set a nation’s HIV epidemic on the course to end the virus as a public health threat by 2030.

“Supporting New Yorkers living with HIV to reach and maintain viral suppression, also known as achieving an undetectable viral load, by starting and staying on HIV medications, is a key element to turning the tide of HIV in our city,” Demetre Daskalakis, MD, MPH, deputy commissioner for the Division of Disease Control at the New York City Department of Health and Mental Hygiene, said in a press release. 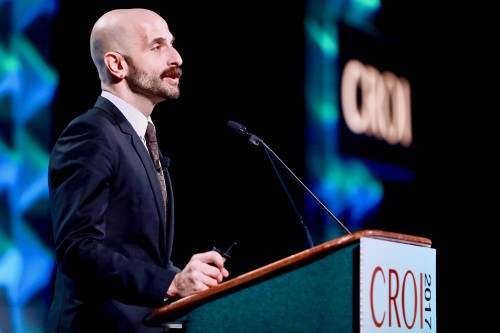 Demetre Daskalakis of the New York City Department of Health at CROI 2017 in Seattle, when he said New York was hot on Seattle’s trail when it came to hitting the 90-90-90 targetsBen Ryan

A vast trove of high-quality data supports the increasing scientific consensus that maintaining an undetectable viral load is associated with effectively no risk of transmitting the virus.

Of all New Yorkers who received medical care for HIV in 2016, 84 percent were virally suppressed, up from 70 percent in 2011.

A recent study indicated that in New York City, the use of Truvada (tenofovir disoproxil fumarate/emtricitabine) as pre-exposure prophylaxis (PrEP) increased 10-fold between 2014 and 2016. Use of PrEP is heavily concentrated among white MSM.