New York Is Steadily Sending Its HIV Epidemic Into Retreat

New York City, which has engaged in an aggressive, coordinated, well-funded and multipronged assault against its HIV epidemic in recent years, is thus far making superb progress in its effort to end the virus’s status as a major local public health threat. The city that was once the nation’s main HIV epicenter is celebrating dropping below 2,000 annual diagnoses for the first time.

That said, progress has been slower for certain marginalized populations, including African Americans and transgender individuals.

These and other findings relating to the city’s epidemic were published by the New York City Department of Health and Mental Hygiene (NYC DoHMH) in its 2018 HIV Surveillance Annual Report.

New York’s progress is driven by improved HIV testing, rapid linkage to medical care for those who test positive and a rising rate of viral suppression among those in care. Additionally, pre-exposure prophylaxis (PrEP) is extraordinarily popular among men who have sex with men (MSM) in the city. 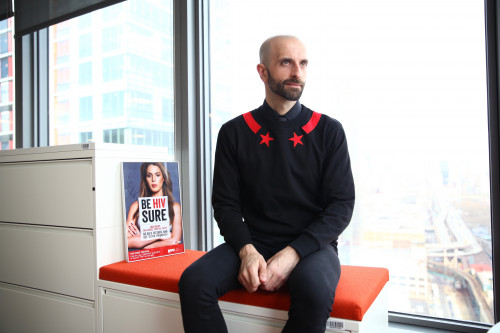 A maverick leader in the city’s HIV fight, Demetre Daskalakis, MD, MPH, deputy commissioner for the Division of Disease Control of the New York City Department of Health and Mental Hygiene at his office in 2015Benjamin Ryan 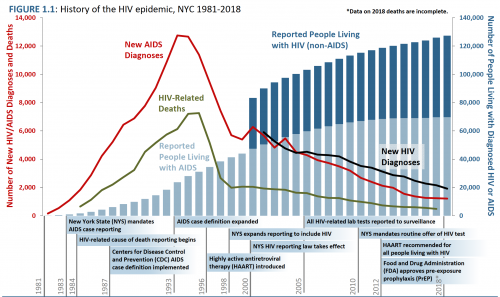 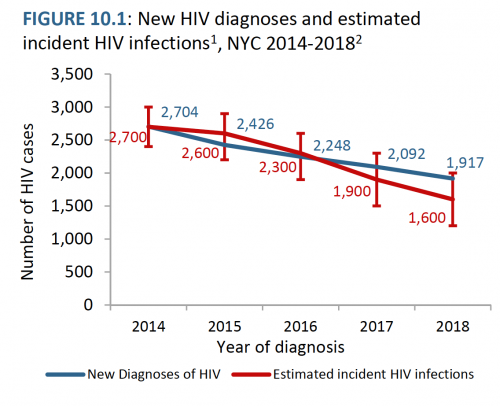 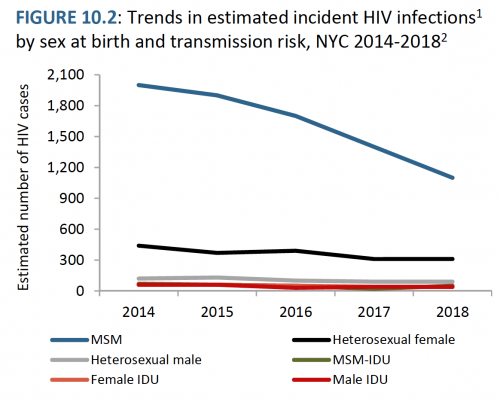 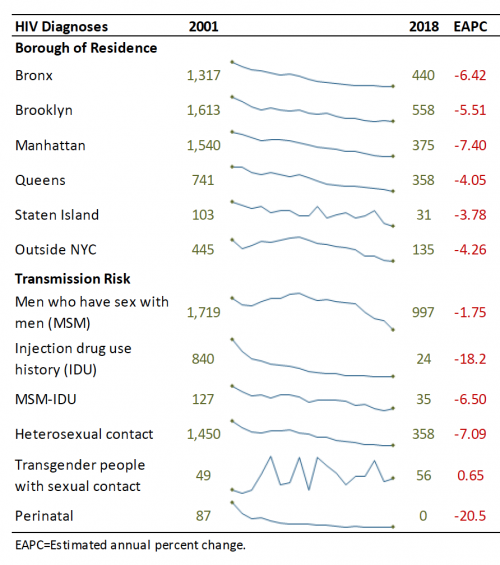 For the second time since the city began surveillance of mother-to-child transmission of HIV, no infants were born with the virus in 2018. In 2001, 87 such births occurred.

Since 2017, the number of new diagnoses among men and women, all major racial groups, residents of all of the city’s five boroughs and nearly all age groups declined. Such declines were steepest among men, whites, Asians, people in their 20s, residents of Brooklyn, Queens and Staten Island (the other two boroughs are the Bronx and Manhattan), MSM and people with a history of injection drug use.

Groups that saw an increase in diagnoses between 2017 and 2018 included transgender people, people in their 50s and MSM who inject drugs. 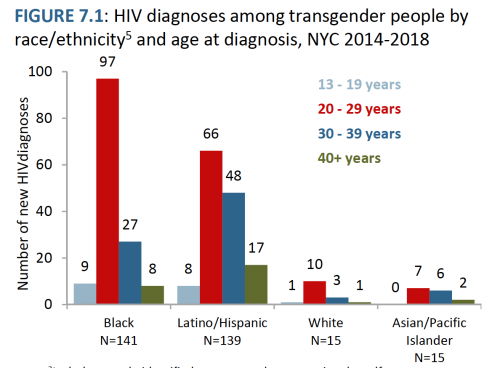 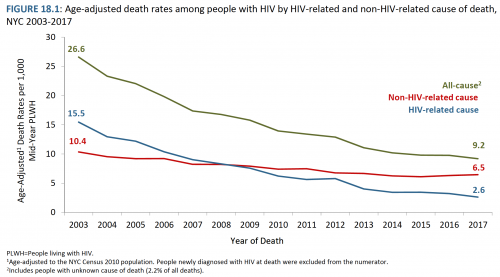 Lower proportions of women, transgender people, Blacks and people with a history of injection drugs use were linked to care and virally suppressed soon after diagnosis. 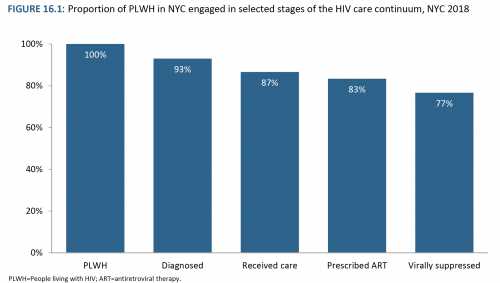 Fewer transgender people, Blacks, Latinos, young people and people with a history of injection drug use had a fully suppressed viral load.

The Centers for Disease Control and Prevention has recently been pushing to look at sustained viral suppression as a better indicator of the overall health of a given HIV population. Looking at only the most recent test result can mask variations in individuals’ viral suppression status over time, as is evident from these New York City figures.