Eye of the Storm

As HIV infection rates continue to mount around the globe, researchers, advocates and people living with the virus gathered for the Fifth International AIDS Society Conference on HIV Pathogenesis, Treatment and Prevention in July. The conference was held in Cape Town, recognizing that South Africa is at the center of the maelstrom. Some 5.7 million South Africans—one in every five adults—are living with HIV. As of 2008, only 600,000 of them had access to HIV meds.

In Cape Town, global AIDS leaders discussed how the economic crisis is battering resources for HIV/AIDS research and care. Scientists must become activists, urged Stephen Lewis of AIDS Free World: “Find a way, collectively, from your positions of authority, to remind the political leadership of how they used precious public money to bail out the banks. You spend every day of your working lives to make life possible, and the power brokers devalue your work with the fraudulent plea of destitution. Don’t let them get away with it.”

Below, we map out some treatment highlights from the conference.

New drug in a new(ish) class?
In early trials, an experimental integrase inhibitor, GSK-572 (from GlaxoSmithKline and Shionogi & Co.), powerfully suppressed HIV. GSK-572 might work against strains of HIV resistant to the two other integrase inhibitors—and it would be taken just once a day, without a ritonavir (Norvir) booster.

Simpler HIV combos
Unboosted Reyataz: In a U.S. study, people whose HIV was well controlled by a combo including Norvir (ritonavir)–boosted Reyataz (atazanavir) and Epzicom (abacavir plus lamivudine) were able to ditch the Norvir, raise the Reyataz dose (from 300 mg to 400 mg) and remain undetectable. This does not apply to people whose combo includes tenofovir (in Viread and Truvada), which lowers levels of Reyataz in the blood, thus requiring that Norvir boost.

Kaletra once, not twice: In an international study, some HIV-positive people who were taking their second or third combo were able to take Kaletra (lopinavir/ritonavir) once instead of twice a day in their combo. (People new to HIV meds can already take Kaletra just once a day.)

CD4 counts count
When you start an HIV combo, you watch your viral load (VL) for good reason: If the meds are working, your VL will fall. But a Canadian study shows the importance of using a combo that lifts CD4 levels too. Over two years, people with undetectable HIV but CD4 counts that didn’t rise above 200 had a greater risk of AIDS or death.

Combo therapy rocks the cradle
HIV combos effectively blocked mother-to-child transmission during pregnancy and childbirth in two African studies. In one (Botswana’s “Mma Bana,” or “Mother Baby”), the combos also cut transmission via breast milk, so moms could breast-feed their infants for the first six months of their lives.

Nutritional support
In a Florida study, HIV-positive chronic substance users—60 percent of whom were taking HIV meds—benefited from zinc supplements. More of those who took the zinc (12 mg daily for women, 15 for men) maintained CD4 counts above 200.

UNAIDS, TAC Promote Condom Use in City of Cape Town 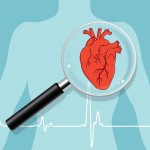