Committed to the Fight

As a longtime leader in the fight against HIV/AIDS, Paul Kawata wants to be here for the end of the epidemic. 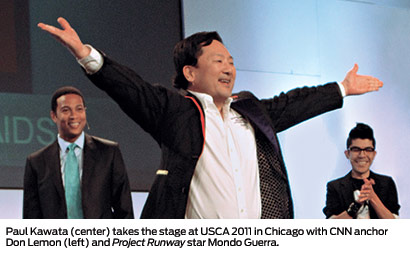 Despite being HIV negative, Paul Kawata was an early advocate in the fight against the virus as a cofounder of the now-defunct National Association of People With AIDS (NAPWA). For more than two decades, he has served the National Minority AIDS Council (NMAC) as executive director.

Much has changed since Kawata took the helm of NMAC, but there remains much to do in the ever-changing battle against HIV. He shares his thoughts on the demise of NAPWA, the implementation of the Affordable Care Act (a.k.a. the health care reform law, or ACA) and the 2013 U.S. Conference on AIDS (USCA), which takes place this September in New Orleans.

What are your thoughts on NAPWA’s closure?
There were 33 of us who put NAPWA together, and I don’t want the heroics of these individuals to be lost. What they gave to this movement cannot be overstated. They are the people who, when I look back, are the reason why I’m still here. They took me under their wings early in the epidemic.

Given where we are with treatment as prevention, pre-exposure prophylaxis (PrEP) and finding a cure, the need for leadership by people with HIV/AIDS is greater than ever. How do we get back to a place where the voice of people living with the virus is again at the core of all the organizations providing HIV/AIDS services?

We’ve got to get that back because we’re never going to be able to end this epidemic without the leadership of people living with the virus. When we get a cure—not if, but when—it’s going to take HIV-positive people to make sure that the cure is not just for certain people, but for everyone who needs it. No one can do that with more authority than people living with the virus.

New national people living with HIV groups are coming up, but that doesn’t let NMAC off the hook on this topic. Our mission is to develop leadership within communities of color to end the HIV/AIDS epidemic.

We want to provide leadership within the diverse communities impacted by this disease to ensure that their voices are heard. NMAC has a lot of senior staff living with HIV, but this work can’t be done only by NMAC.

What is the “We the LGBT” initiative, and how did it come about?
A recent survey looking back at the annual reports, newsletters and listservs of major national LGBT organizations found most of them either made no mention or only indirectly mentioned HIV.

It’s shocking to me that HIV, one of the largest killers of gay men, seems to be absent from the discussion at major LGBT organizations.

So a group of us executive directors had the difficult discussion of why LGBT groups have stepped away from HIV. The result was an opening salvo asking LGBT leaders to step back into the fight against HIV.

Why is USCA in New Orleans this year?
New Orleans is a special city to NMAC. We’ve had a long-term commitment to it since Hurricane Katrina in 2005. Right after it, we brought together a group of AIDS service organizations from the city to give them a space outside the city to plan their next moves. We also brought donors that were able to generate money for the South, which was already overwhelmed by HIV before the storm.

We’re going back to the hotel we had USCA in when we were last in the city. It’s next to the Superdome and was destroyed by Katrina. I told staff that when they rebuild the hotel we would have to come back. It’s an important statement for NMAC, for our community and our commitment to the South to come back to New Orleans.

Further, we also want to take the opportunity of being in the South to talk about the challenges of HIV in the region. The opening plenary is going to focus on the South. How do you live with HIV in the South? Or implement the ACA when your state doesn’t want to? Or continue providing services? How will those services change?

Will the ACA be a big topic at USCA?
There are so many pieces around the ACA that it can feel a bit overwhelming sometimes. The ACA goes into effect January 1, 2014, but registration in many of the new programs begins shortly after the end of USCA this year on October 1. The timing made it clear to us that ACA enrollment should be a big focus.


We’re going to look at enrollment from many different sides. Enrollment is about helping people fill out paperwork, but there also are policy implications. What does this mean for the clients of an agency?

There also are individual decisions for consumers. What insurance plans can you enroll in? How should you evaluate the different plans?

We’re also giving our federal partners an opportunity to tell us how ACA is going to happen. We’ve been working with the Department of Health and Human Services (HHS), the Centers for Medicare & Medicaid Services (CMS), the Health Resources and Services Administration (HRSA), etc. We’ve asked them to come prepared.

What HIV-specific changes will the ACA bring next year?
One of the big changes we see coming is a greater emphasis on HIV treatment education. For a while, we had a large treatment education infrastructure, and then it went away when the Ryan White CARE Act stopped funding it. Now HRSA is willing to reconsider that decision. We think that’s really important.

If you’re going to ask consumers to go on drugs for the rest of their lives, then you should give them information to understand what that really means. It’s unfair to ask people to make this commitment if you don’t give them all the information. Treatment has got to be an individual decision.

Why do you stay in the fight?
There are many days I ask myself the exact same question. At one of the first conferences we did, the wait staff came to serve us lunch with rubber gloves up to their elbows. I started screaming like I had never screamed in my entire life. It’s a very different epidemic now.

I want to make sure that I understand the difference, but I also don’t want to forget the folks who came before us. We stand on their shoulders. They stood up at a time when no one else stood up. I believe that one of my roles now in this epidemic is to remember their struggles, their leadership and their vision.

I got into this work because I lost someone to HIV who I loved dearly, who I was supposed to have a life with, who if it had been today I would have gotten married to. He died way too soon and I, in his death, said to him I would commit my life to ending this epidemic.

I have stayed because of him and all the other hims that came after. Understanding when to leave and not to leave is a difficult thing.

This is what I tell my staff—I want to be here as long as I can add value and service to the work that we’re doing, but the moment that I stop doing that you have to tell me because that’s when I have to leave. 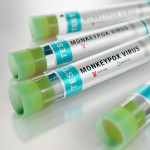