A family medicine physician argues for reproductive justice for people living with HIV.

“We were told it would be unsafe and irresponsible to have a baby. But we heard you could help us.”

Richard and Laura came to see me because they wanted to have a baby. Richard is living with HIV. He was already in a relationship with Laura when he was diagnosed. She tested HIV negative then, and at every test since. They came to see me after receiving care from a provider who discouraged them from trying to get pregnant, telling them it would be difficult to have a baby without transmitting HIV to both Laura and the baby, and that it would be irresponsible to try.

Richard and Laura should never have been met with this stigma and misleading information; as a medical community, we have made incredible strides in our ability to help people with HIV and their partners have healthy pregnancies and parent children, with minimal risk of HIV transmission. By taking antiretroviral therapy (ART), avoiding breastfeeding, and giving preventive medications to her infant for the first few weeks of life, a woman with HIV can prevent HIV transmission to her child. We also know that people with HIV who are taking effective ART don’t transmit HIV to their sexual partners. Yet, application of these scientific principles to achieve reproductive justice for people living with HIV lags far behind.

In their visits with me, Richard and Laura wanted to talk about all of their options for safely having a baby. We talked about the importance of Richard’s adherence to his ART and monitoring the levels of virus in his blood, to make sure that they remained undetectable. Laura chose to take pre-exposure prophylaxis (PrEP; a daily pill to prevent HIV acquisition) to feel more secure. Laura got pregnant quickly. Nine months later, I delivered their healthy, squirming, screaming baby girl, Sara. By four months of age, we confirmed that Sara did not have HIV. We all rejoiced, even though it was what we expected all along.

I am thrilled to have been able to support the reproductive choices of Richard and Laura, and countless others with stories just like theirs who are living with HIV. Unfortunately, I know that many living with and affected by HIV don’t have access to the same evidence-based, unbiased reproductive health care.

This cannot be the future of reproductive health and justice for those living with HIV. In order for biomedical advances in HIV treatment and prevention to have a meaningful impact in individual lives, these services must be accessible and free of stigma. It is only by having access to compassionate care and prevention around both HIV and pregnancy that women can begin to access sexual and reproductive autonomy.

Reproductive justice has many definitions, but I like the one proposed by SisterSong: “the human right to maintain bodily autonomy, have children, not have children, and parent the children we have in safe and sustainable communities.” People living with HIV often live at the intersection of multiple affronts to this human right. Systemic stigma still exists against those who would like to parent who are people of color, immigrants, live in poverty, or have mental illness or substance use disorders; all of which are common among women living with HIV. These communities are even less likely to have access to evidence based, compassionate care and resources. The layering of stigma and inequality worsens the experience of those living with HIV on their journey to have, or not have, children.

This is not to say that all people with HIV want to parent. Women impacted by HIV are first of all people who want to lead productive lives. They choose to become parents – or not to become parents– despite facing daunting barriers and vulnerabilities, including stigma and discrimination from their communities and healthcare providers. Just like everyone else, women with HIV should have access to effective contraception and safe, legal abortion, so they can choose when, and if, to parent.

Overcoming ignorance and stigma requires collaboration among medical providers, public health officials, and community organizations. As we celebrate World AIDS Day, we need to get the word out and make sure the means are available: people with HIV and their partners can safely get pregnant and parent. Or choose not to get pregnant or parent. It’s their choice. We’re just here to support our patients and help them stay healthy, whatever they choose. 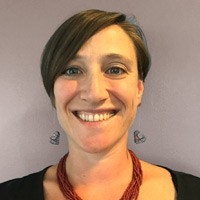 Lealah Pollock, MD, is a family medicine physician in the Women’s HIV Program at University of California, San Francisco (UCSF) and a fellow with Physicians for Reproductive Health.