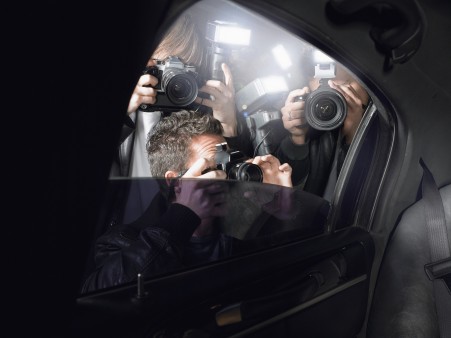 Whether fighting stigma by wearing an “HIV POSITIVE” T-shirt or serving as a Joint United Nations program on HIV/AIDS (UNAIDS) ambassador, Lennox remains dedicated to HIV prevention and fighting the epidemic in South Africa in particular.

Calling out homophobia and racism is nothing new for Theron, who electrified the opening plenary of AIDS2016 in Durban, South Africa, last year by doing just that. Her work with the Charlize Theron Africa Outreach Project continues, as do her candid pronouncements about the state of the epidemic.

The grandchildren (and great grandchild!) of AIDS activism godmother Elizabeth Taylor have become staples at conferences and events, speaking out eloquently and intelligently about HIV criminalization reform. The grandchildren are Eliza Carson, Quinn Tivey, Rhys Tivey, Laela Wilding, Naomi Wilding and Tarquin Wilding. Great grandchild Finn McMurray Wilding is Laela’s son. They give us hope for a new generation of advocates.

Leonardos came out publicly as HIV positive while under the critical gaze of millions of viewers watching Finding Prince Charming, the first all-gay reality dating show. Leonardos won the romantic horse race, but, more important, he continued to share his story and became involved in events like the annual AIDSWatch in Washington, DC.

The young star of the television juggernaut Empire does not mince words about HIV and racism, and the upward trajectory of his career hasn’t changed that. A longtime volunteer with the Black AIDS Institute, Smollett has had quite a year, starring in Alien: Covenant while becoming the new face of MAC AIDS Fund’s VIVA GLAM Campaign.

The redheaded royal is included in this category for a second year because his efforts to eradicate HIV stigma have continued full force, including a high-profile World AIDS Day event with pop star Rihanna. The prince has also criticized the fact that prevention information is often provided only after young people have become sexually active.