Investing in community-based HIV prevention programs translates not only to reduced risk-taking and avoided infections among high-risk populations, but also to significant savings in treatment-related costs. Researchers analyzed HIV infection rates and health care spending in Ontario, Canada, between 1987 and 2011. Community-based HIV prevention programs run by nonprofit organizations are estimated to have prevented more than 16,000 HIV infections in Ontario over the past 25 years, saving the province’s health care system some 6.5 billion Canadian dollars. (The estimated lifetime HIV treatment cost in Canada is about CA$287,000 or approximately $218,533.) Additionally, the researchers found that, between 2005 and 2011, spending CA$1 on community-based prevention saved CA$5 in treatment costs. 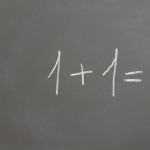 How Well Do Condoms and PrEP Prevent HIV Among Gay and Bi Men?