A group of plant chemicals is being eyed by Johns Hopkins University (JHU) researchers for its ability to protect brain function in people living with HIV. Best of all? The chemicals of interest are abundant in three delectable digestibles: green tea, dark chocolate and red wine.

Though the JHU paper published earlier this summer raises many more questions than answers, the science is intriguing. Plant polyphenols known as catechins—notably epicatechin and EGCG—can induce the production of a protein called brain-derived neurotrophic factor (BDNF). It turns out that people living with HIV  tend to have lower-than-average levels of BDNF, potentially explaining our higher rates of neurocognitive impairment.

Whether catechin-based therapies, or regular consumption of the real deals, can prevent or improve HIV-related brain disease isn’t firmly established as of yet. But it may turn out that warding off neurological problems never tasted so good. 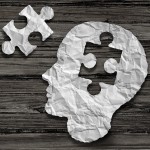 How Is Gut Health Linked to Brain Inflammation in People With HIV?

Detecting the Missing Link Between HIV and Brain Drain