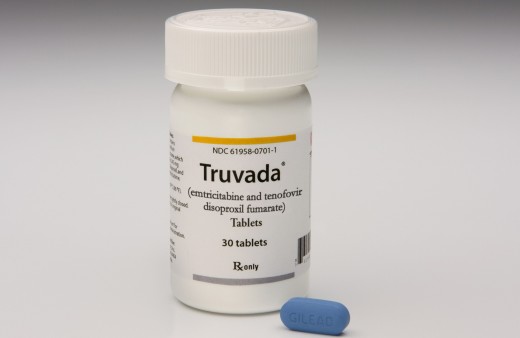 Plus, a lawsuit alleges that a Publix pharmacy manager disclosed a coworker’s HIV status as a way to embarrass him.

Update: Since the below article was published, Publix announced it will cover PrEP for its employees. In response, the Human Rights Campaign released this statement from Mary Beth Maxwell, senior vide president for Programs, Research and Training at HRC: “It is a positive step forward that an employer as large as Publix will now offer PrEP to its employees as part of their health care coverage. Publix has locations predominantly in the South, where HIV disproportionately affects the population, making this decision all the more impactful and necessary. We hope this decision by Publix will inspire other large employers to think seriously about ensuring that their health plans address all employees’ needs.”  And Florida Representative Carlos Guillermo Smith tweeted this:

BREAKING: Less than 24 hours after meeting w/me, @Publix has reversed course and is expanding their employee insurance coverage to include the HIV prevention pill, PrEP! Diplomacy LIVES! #Sayfie https://t.co/FHn3yE7HwW

According to the Publix website, the nation’s largest employee-owned grocery chain has nearly 1,170 locations in seven Southern states and employs about 188,000 workers.

Channel 2 spoke with Publix employees as well as Scott B. Parry, DO, the founder and CEO of Intown Primary Care. The Atlanta physician is a top provider of PrEP. Stressing that the science proves that PrEP is effective, Parry says his patients are not happy with Publix’s decision not to cover PrEP in its insurance.

What’s more, he questions whether the company’s decision is discriminatory, since many people assume that someone taking PrEP is gay.

Jeff Graham, executive director of LGBT advocacy group Georgia Equality, also raises that concern. He points out that, because this issue is gaining public attention, shoppers may decide to go to a competing grocery store or pharmacy.

“I would hope that they’re feeling a little bit of heat with this,” Graham told Channel 2.

When the news station reached out to Publix, it received the following statement:

“Publix offers very generous health coverage to our eligible full-time and part-time associates and their family members at an affordable premium. The plan’s definition of medical necessity applies to all covered benefits. Under this definition, coverage is provided for the identification, treatment or management of a medical condition. Coverage is not generally provided to diagnose a medical condition for which a member has no indications or to treat a medical condition that a member might get in the future. The plan does provide coverage for preventive care benefits such as annual physicals, age-appropriate health screenings and vaccines. Currently, our plan covers Truvada for members who are being treated for active HIV infections or who have been recently exposed to HIV. In cases where Truvada is being used prophylactically, the plan’s definition of medical necessity was not met. As the largest employee-owned company in the country, Publix has long been recognized as an organization dedicated to our associates. We appreciate hearing from our customers and associates and will re-evaluate coverage for Truvada as a preventive benefit.”

A recent article in the Miami New Times states the Publix company and family tend to be conservative and have a history of mistreating LGBT workers, including people with HIV.

In fact, a lawsuit filed last summer in Miami-Dade civil court alleges that a Publix pharmacy manager disclosed a coworker’s HIV status as a way to “embarrass and ostracize” him. The Miami New Times has that story here.

For the original reporting regarding Publix and PrEP, see this article in TheBody.com.