The cases were among heterosexuals who used drugs, suggesting the local epidemic is spreading to different populations.

A cluster of eight people have tested positive for HIV in North Seattle since February. What’s unusual is that they identify as heterosexuals who use drugs and were recently homeless, according to The Seattle Times.

“There could be a large outbreak potentially,” Jeff Duchin, MD, health officer for Public Health—Seattle & King County, told the newspaper. “There may be a large number of people vulnerable to new HIV infections, which would be a very big problem.”

These eight cases are among a total of 19 HIV diagnoses among heterosexuals in King County this year. Last year, the total was seven. Men who have sex with men (MSM) see much higher rates of new HIV cases.

Looking at total HIV diagnoses among all people in the state, Washington saw an average of 461 new cases each year from 2012 to 2016, reports The Seattle Times. Of those 461 annual cases, about 290 each year were among MSM.

Officials suspect that the recent diagnoses among heterosexuals indicate that the virus is spreading in that population via drug use. The fact that the cluster involves homeless people compounds the treatment and prevention challenges.

“It’s really good that the health department is jumping on this,” Peter Shalit, MD, who treats people living with HIV, told the paper, adding that he doesn’t think Seattle would see an outbreak like that seen in Scott County, Indiana, where nearly 200 people contracted the virus from injection drug use. “We have a fabulous health department here, and we learned from the situation in Indiana, where it was allowed to get out of control.”

For more in POZ about the Indiana HIV and hep C outbreak, read “Can Rural America Learn to Live With Needle Exchange” or click #Indiana. 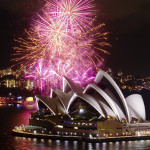