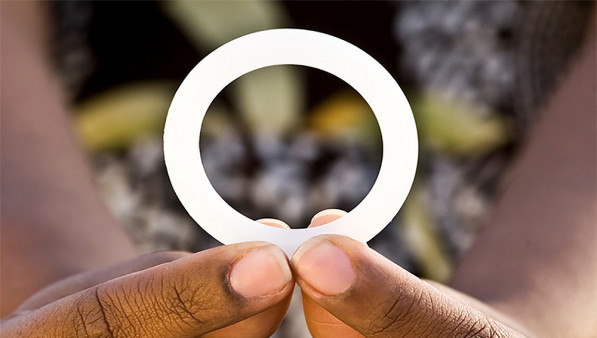 A woman holds the dapivirine vaginal ring Andrew Loxley, courtesy of the International Partnership for Microbicides

WHO Recommends Dapivirine Ring for HIV Prevention, but Not Alone

The vaginal ring, approved in Europe, is not yet available in the United States.

On January 26, the World Health Organization (WHO) recommended the dapivirine vaginal ring as one of several HIV prevention options available to women at substantial risk for HIV acquisition.

The announcement follows the WHO’s November 30, 2020, prequalification of the ring as an HIV prevention method—meaning it is safe and efficacious and met manufacturing quality standards to be considered for approval.

In July, the European Medicines Agency approved the ring for HIV prevention for women at high risk for HIV. It is not yet approved by the Food and Drug Administration for use in the United States or, critically, in the nations of sub-Saharan Africa, where women have as much as a 60% chance of acquiring HIV in their lifetime.

The flexible silicone ring is designed to release small amounts of the antiretroviral drug dapivirine into the vagina every day for 30 days. Other rings are in development that release other HIV prevention medicines for up to 90 days.

But the effectiveness of the ring can’t be determined the way pre-exposure prophylaxis (PrEP) pills are tested. That’s because the drug doesn’t circulate through the whole body and can’t be measured in the blood. Therefore, researchers calculated how much dapivirine was left in the ring after 30 days to determine whether or not women had used the ring. The most recent open-label study of the ring found that among women who used the ring at all, HIV acquisition dropped by 39%. But that was among all women who received the rings. Protection may be higher among women who use them more.

The WHO’s recent recommendation cited the ring’s acceptability and feasibility among women at highest risk for HIV as well as “the potential to increase equity” by giving women more options for HIV prevention than either the Truvada (tenofovir disoproxil fumarate/emtricitabine) or Descovy (tenofovir alafenamide/emtricitabine) daily PrEP pills or, in the future, long-acting injectable cabotegravir to prevent HIV.

But the approval was conditional, noting “some variability in effectiveness in younger age groups and limited data regarding use among pregnant and breast-feeding women.”

As a result, the WHO advisory group recommended the ring not be offered as the sole option to women looking for HIV protection—something common in sub-Saharan African countries, where women often aren’t given a choice. It also recommended the ring in the context of full informed consent and urged additional support for adolescent and young women so they will continue to use the ring.

The group also called for more research on use of the ring during pregnancy and breast feeding as well as studies of its cost effectiveness. In addition, the advisers called for improved adherence support, demand creation and training for providers. One study of the ring plus daily oral PrEP is underway in pregnant women.

“The Group assessed that the benefits of the [dapivirine ring] outweigh the harms based on a systematic review and meta-analysis of the scientific evidence presented to them,” the announcement states. “WHO stresses that when providing HIV prevention services for women, it is important to provide these alongside other services including the offer of other HIV prevention choices, [sexually transmitted infection] diagnosis and treatment, the offer of voluntary partner services, HIV testing and links to antiretroviral therapy for all women who test positive, and a range of contraception options.”