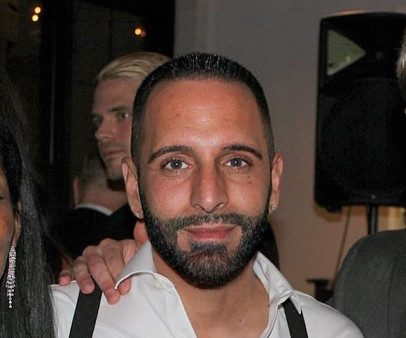 Rich Holcomb changed his life after his HIV diagnosis.

My name is Rich Holcomb, and I am in long-term recovery. My drug use brought me to some pretty terrifying places. Since I was a teenager, I found myself on the streets of various cities and countries getting high. Out of options and nowhere to go, I eventually started selling myself in exchange for money to support my drug addiction. I felt I had crossed the line of no return. Traumatized and defeated, I continued to use drugs.

In November 2007, I was diagnosed with HIV. To my surprise, my perspective on myself and my life began to change. I had a choice: I could either use my diagnosis as an excuse to continue using, or I could do my best to deal with it and move on. I decided to “turn this curse into a blessing,” which is something I learned from my predecessors in 12-step recovery programs.

I pursued a career in HIV prevention and eventually became a certified test counselor, working at the same agency that gave me my diagnosis. Supporting individuals newly diagnosed with HIV and trying to prevent those at risk from acquiring the virus gave me a sense of purpose.

As time went on, I started advocating on a state and federal level for specialized services and support for men with drug problems who sell sex to support their addiction. In my travels, I crossed paths with hundreds of addicts who had gone down a similar path, and I knew I was not alone.

My goal was to make it easier for the next generation of individuals falling down this path to get the help and support they need from peers in recovery who could understand and relate to them.

On October 1, 2013, after many years of advocacy and support, I was finally able to open the first drop-in center for male sex workers in the United States. I named the organization Project Weber, in honor of Roy Weber, a sex worker who was murdered on Christmas Day 2003.

Since then, the organization has grown and expanded beyond my original vision to become Project Weber/RENEW and has included services to include female and transgender clients.

We are on the streets daily in our mobile outreach vans providing rapid HIV and HCV testing, food, water, safe injection kits, condoms, Narcan and rides to detox and substance abuse treatment centers. We meet each person where they are and support them through their stages of change.

I hope I was able to help one person with the little bits and pieces I shared on this post today. You are not alone. Recovery is always possible.

Allowing my secrets to destroy me.

Wondering what lies ahead, both good and bad.

Keeping up with those damn doctor’s appointments.

The only mistake is not learning from your mistakes.

Chad Allen Lazzari, a person who has used his voice to support and advocate for the LGBTQ community and those living with HIV.

I believe in the work. It is much needed in our community. If the services and support we provide were there when I was a troubled kid, perhaps I would not have had to go through what I did.

“Stand up for something or fall for anything.”

I was pretty much an animal when I was on the streets using drugs, so I’m cool with being human today.