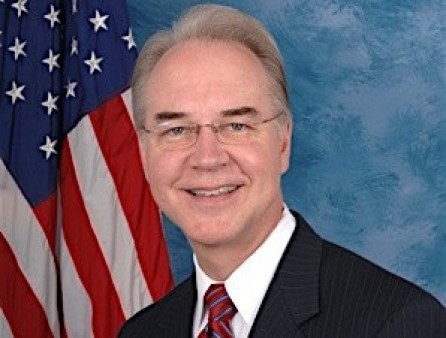 He repeatedly asked the Health and Human Services secretary to talk about the GOP health care bill.

Heyman, who works for Public News Service, was at the West Virginia State Capitol when he approached Price and Kellyanne Conway and asked whether domestic violence is considered a preexisting condition on the bill.

Heyman was charged with willful disruption of government processes, which is a misdemeanor, and had to pay a $5,000 bond, according to The Hill. Heyman held a press conference after posting bail.

According to the capitol police, the reporter was “aggressively breaching the secret service agents to the point where the agents were forced to remove him a couple of times from the area walking up the hallway in the main building of the capitol. The defendant was causing a disturbance at Ms. Conway and Secretary Price.” An officer added that Heyman was trying “aggressively to breach the security of the secret service.”

Heyman said he was in the building waiting for Price to arrive. When the health secretary entered, Heyman reached with his phone past those surrounding Price to ask the question.

You can read about AIDS groups’ reactions to the GOP House bill here, and learn who is writing the Senate’s GOP version here.