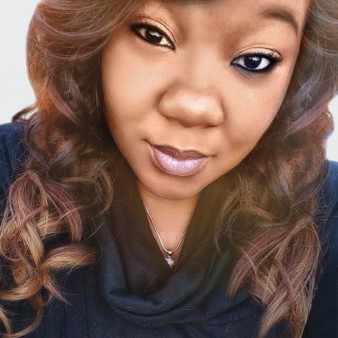 Born with HIV in 1993 to a mother who died 10 years later of AIDS-related illness, Parker decided to speak out about HIV at a young age. As a child she attended Camp Hope, a retreat for HIV-positive children, which led to her volunteering there in summers to help youth and teens.

In 2013, she summarized her HIV journey for POZ Stories. “I want to share my story and help save lives anyway that I possibly can,” she wrote. “I want to help motivate others to get tested and know their status.” Describing herself as “persistent, optimistic and intelligent,” Parker said that her motto was a quote by Eleanor Roosevelt: “No one can make you feel inferior without your consent.”

Parker’s voice found a natural home on social media, where she appeared in Rise Up to HIV’s No Shame About Being HIV Positive campaign to fight HIV stigma. She also appeared on a POZ wallboard—a series of educational posters that hang in doctor’s offices.

“Byanca had a love for singing, writing and cooking,” wrote she her aunt in a GoFundMe.com memorial page to raise funds for Parker’s memorial. “She had a passion for graphic design and in pursuit of that she attended Northlake Community College, The Art Institute of Dallas and El Centro Community College.

Her HIV advocacy efforts landed her on both the 2014 POZ 100, which celebrated youth power, and the 2016 POZ 100, which highlights advocates making a difference in the U.S. South.