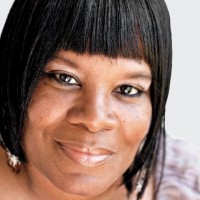 In 2013, Twana was diagnosed with AIDS, dementia and depression all at once after suffering a seizure (she had been diagnosed with HIV in 2010). She fought back and sought HIV treatment and has spent the last three years regaining her health. She also wrote a memoir, Heaviness of My Heart: A Real Life Story, and has been doing motivational speaking and penning screenplays, poetry and gospel songs. As if that weren’t enough, she also started her own ministry, Don’t Die Stay Alive Ministries, which hosts free events and plays for people living with HIV/AIDS in churches across Louisville. The shows are designed to help people address the same health issues, stigma, denial and trauma Twana has faced head-on and overcome. Thanks to HIV treatment and her newfound advocacy work, Twana now has an undetectable viral load, is free from depression and has a new life purpose. 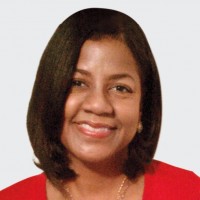 In 1995, Cheryl’s world changed when her only sibling and closest confidant, Ronald D. Lewis, passed away from AIDS-related illness. Before dying, he asked Cheryl to promise to assist people with HIV/AIDS. In 2004, she honored her brother’s request by opening A Sister’s Gift Women’s Center, which offers crisis counseling, peer and group support, and social services to women living with HIV/AIDS in the Dallas area. Each year, A Sister’s Gift assists an average of 250 women. Cheryl and her dedicated team of volunteers and peer leaders give their clients hope, courage and dignity. We’re sure her brother would be proud. 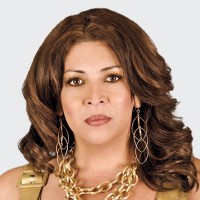 Arianna is a transgender Latina refugee who came to the United States about 15 years ago from Peru, where she graduated from law school and was involved in political and civil rights activism. Threats against her related to her activism forced her to leave. In 2006, she tested HIV positive. At first, she lived in silence, thinking of her diagnosis as a sort of “divine punishment” for who she was. However, through educating herself about HIV, she learned to shed the self-stigma. Arianna has been working for the Florida Health Department for almost 10 years. She does public speaking and facilitates classes on trans and HIV topics and is a blogger for The Well Project. She’s on the Positively Trans National Advisory Board and the board of the Trans United Fund and is the CEO of Arianna’s Center, which empowers the trans community of South Florida. 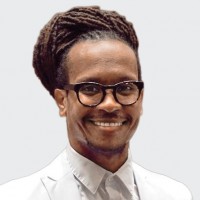 Over the past two decades, Jonathan has worked hard to develop and execute community plans of action, building important partnerships between HIV-positive people and biomedical researchers working toward a cure. He’s the senior community programs manager at FHI 360, a North Carolina–based nonprofit that provides technical assistance to advocates, AIDS service organizations, clinical research sites and community-based organizations across the country. Jonathan’s work in HIV/AIDS prevention and treatment focuses on some of the most at-risk groups: men who have sex with men, people who inject drugs and women of childbearing age. He is also an active volunteer within the HIV-positive community and has recently worked with the Nia Community Action Center, a free community HIV/STI outreach and testing clinic in Greensboro, and NAESM’s Creating Responsible Intelligent Black Brothers (CRIBB) program. 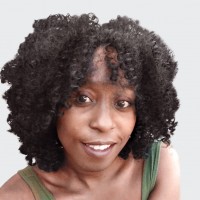 Tiommi is the most visible transgender woman living with HIV to come out of Arkansas. She has worked closely with the Arkansas Department of Health’s ADAP Formulary Committee and sits on the Community Advisory Board of The Well Project. Tiommi is also a steering committee member of the US PLHIV Caucus, a national advisory board member of Positively Trans and a strategic community member of Desiree Alliance, an organization advocating for the rights of sex workers. Tiommi chronicles her life with HIV in The Well Project’s blog A Girl Like Me and continues to highlight the obstacles of trans people of color living with HIV in the South. 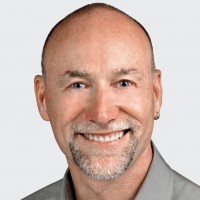 Following the death of his partner, Gil, in 1996, Andrew chose to pursue a career in nursing and work with those affected by HIV and those experiencing end-of-life issues. His award-winning memoir, Reflections of a Loving Partner: Caregiving at the End of Life, chronicled his caregiving journey. Andrew has been the RN medical case manager in the Positive Living through Understanding and Support (PLUS) Program at AIDS Services of Austin since 2012 and is a member of the Association of Nurses in AIDS Care. He is dually certified as an AIDS registered nurse and a hospice and palliative nurse and was recently conferred a doctorate of nursing practice from Carlow University in Pittsburgh. In addition, he has published two scholarly articles in the Journal of the Association of Nurses in AIDS Care. On top of all that, Andrew is a cyclist in the annual Hill County Ride for AIDS fundraiser and has raised more than $15,000 in the past four years. 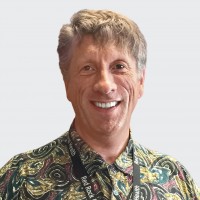 Michael is the prevention educator for the Oklahoma City–based Red Rock Behavioral Health Services, where he provides HIV testing as well as counseling and referrals for those who test positive. He also provides case management services. As someone who has been working with community-based organizations for nearly 20 years in an underserved region of the country, Michael is the go-to guy for other agencies starting up and needing guidance. In fact, colleagues have cited him as a driving force in the development of HIV testing and services in the state. And when it comes to clients, he is praised for his ability to adapt his tone and terminology to communicate effectively with just about anyone. 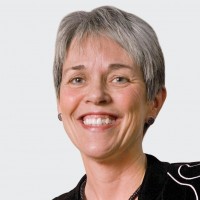 As a clinical professor of law at the Duke University School of Law in Durham, Carolyn founded the Duke AIDS Legal Project and the Duke HIV/AIDS Policy Clinic. She’s also the director of the policy clinic. Further, Carolyn is the director of the Southern HIV/AIDS Strategy Initiative (SASI), which develops research-based policy and strategy recommendations to secure a federal commitment to fully implement the National HIV/AIDS Strategy in the South. SASI also supports state-based advocates in Deep South states with research and policy recommendations. SASI is an initiative of the Duke Health Justice Clinic and works with a steering committee of HIV advocates, as well as Duke researchers and Harvard Center for Health Law and Policy Innovation consultants. Carolyn is the author of many HIV-related articles and a frequent speaker on legal issues regarding HIV/AIDS. The death of her younger brother from AIDS-related illness in 1993 has motivated much of her work. 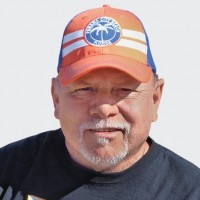 In 1997, Butch founded The Positive Living Conference, a three-day gathering for folks with HIV to learn about science, advocacy and self-care. Organized by the Okaloosa AIDS Support & Information Services (OASIS)—where Butch is the executive director—the beloved Florida conference just wrapped up its 19th year. That accomplishment alone would earn Butch a place on the POZ 100, but he’s also a board member of the Southern AIDS Coalition and is active with the HIV Vaccine Trials Network. Butch is an integral part of the HIV community, not just in the South but also nationally. 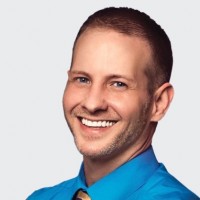 Brady had just moved to Nashville when he was diagnosed with AIDS—a shock since he didn’t even know he had HIV. Alone in a new city, he became depressed and attempted suicide twice. But when an acquaintance who’d also tested HIV positive asked for help, Brady found his calling. His advocacy started with the Mr Friendly campaign; now, he’s a cochair at the Nashville Regional HIV Planning Council. Brady has traveled to Washington, DC, for AIDSWatch and campaigned to reform HIV criminalization laws; he’s currently taking his knowledge of HIV to Nairobi and throughout Kenya, to work with HIV-positive women and at schools and an orphanage. As he puts it, “I’m an ordinary country boy from Pocahontas, Arkansas, trying to do extraordinary things in the HIV community.” 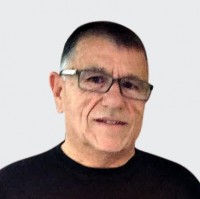 Like many people with HIV, Morris has dealt with another virus: hepatitis C. After living with HIV for more than a decade, he developed end-stage liver disease and required a liver transplant but was denied placement on the transplant list because of his HIV status. With the help of Lambda Legal, he was put back on the list. Morris was cured of hep C in 2011 and had a successful liver transplant in 2013. Today, he advocates for organ donation and he mentors others who are coinfected with HIV and HCV. He serves on the Johns Hopkins AIDS Service Consumer Advisory Board and the Maryland AIDS Drug Assistance Program Consumer Advisory Board, which advises the governor on which meds should be included in the assistance formulary. Active in the Baltimore LGBT community, Morris founded the OUToberfest and served as chair of the Baltimore Pride festival. He’s a proud long-term survivor who shares his story to inspire others not to give up. 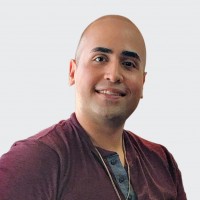 Roberto’s journey at North Carolina’s RAIN has taken him from client to counselor. He first became involved with the AIDS service organization after testing positive for HIV not long after college. Soon after that, he became the group’s first outreach and prevention specialist. Roberto now provides case management and peer support for young people with HIV as a peer navigator for its Empowering Positive Youth (EPY) program and has developed relationships with health care providers in order to link uninsured clients to both PEP and PrEP. As a bilingual Puerto Rican, he has helped open the door for RAIN to better serve North Carolina’s growing Latino community. 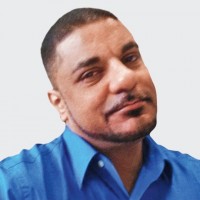 Jon’s been striking a pose for HIV awareness since 1988, when he promoted it among gay men of color in the house and ball community. Since then, Jon has worked as a health advocate and disease investigation specialist in New York City, Atlanta and Washington, DC. He’s currently a community advocate at Thrive SS, an Atlanta nonprofit that provides support services for those living with and at risk for HIV, where he’s building a network that helps people achieve and maintain viral suppression. As a graphic designer—a.k.a. JGO Graphix—he created an icon that represents the HIV undetectable community. Jon’s style of advocacy will always be in vogue. 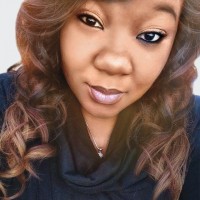 Like most young adults, Byanca spends a lot of time on social media, but instead of playing Candy Crush, she’s raising HIV awareness and fighting stigma. A talented singer, she uploads videos to YouTube and tells her story through digital campaigns like “No Shame About Being HIV Positive,” which is part of the Rise Up to HIV group. Born with HIV in 1993, Byanca learned of her status in the sixth grade. Inspired by her experiences at Camp Hope, a camp for HIV-positive children in Burton, Texas, Byanca is committed to helping others struggling with their diagnosis. She’s a friendly face and welcoming voice—in person and online. 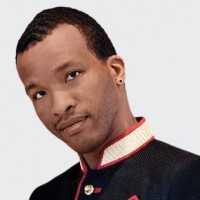 The black church has an exemplary leader in David, the pastor of Triumphant Victory Christian Church in Washington, DC. Already dedicated to helping others, after being diagnosed with HIV on Christmas Eve in 2009, he decided to focus on assisting the needs of those living with HIV. In addition to his work with the ministry, he helps people obtain treatment and counseling through the AIDS Drug Assistance Program (ADAP) and Whitman Walker Health, an LGBT and HIV services center in Washington, DC, where he’s an outreach volunteer. Last year, David launched an online HIV/AIDS support group and he hopes to become an HIV testing counselor soon.