Born with HIV in 1988, Bowman worked to fight stigma and inspire others.

Mary Bowman, who used poetry and music to speak about HIV, died Thursday, May 16, 2019. Born with HIV in a Maryland suburb of Washington, DC, the 30-year-old advocate had published collections of poetry and performed her work across the East Coast, including at numerous HIV/AIDS events.

Her passing was announced in a GoFundMe page posted by family members seeking financial assistance for a proper burial. The post did not include a cause of death and said all arrangements would be announced when finalized.

In our April/May 2015 issue, POZ profiled Bowman for a feature titled “Based on Her True Story: Music and action in the poetry of Mary Bowman,” which included the text of her poem “I Know What HIV Looks Like.” That same year, AIDSWatch, the annual lobbying event on Capitol Hill, honored Bowman with a Positive Leadership Award. 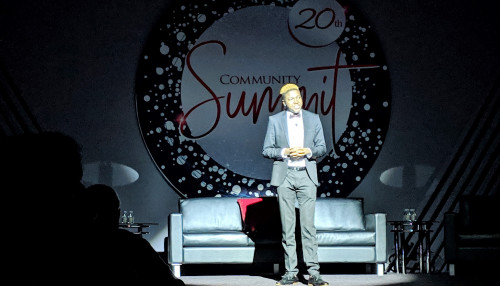 Just last fall, she performed a piece for the opening of the 20th Anniversary Community Summit in Atlanta (pictured above). Blogger Mark S. King reported on it and included the text of her spoken word piece in a post titled “A History of HIV/AIDS in One Astonishing Poem.”

The June 2018 issue of POZ included her poetry collection Emerge in our roundup of books. In 2011, her book LOTUS was named Poetry Book of the Year at the National Underground Spokenword Poetry Awards. You can watch her accept the award below.

Bowman also recorded an album of her own songs titled Love B.O.A.T.S., which stands for “based on a true story.”

POZ once asked Bowman what drove her to continue performing and creating and she responded: “I want to show people living with HIV that they don’t have to hide their status, even if they pursue their dreams. I want to destigmatize the entertainment world, to show little girls that grew up like me—who didn’t see anybody who had HIV doing what I wanted to do—that they can achieve whatever they want to do.”