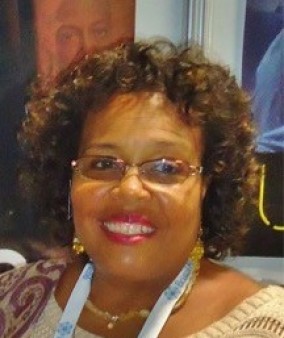 The Reverend Vanessa Sharp of Norcross, Georgia, who was a POZ 100 honoree last year and who was a former member of the U.S. Presidential Advisory Council on HIV/AIDS (PACHA), died April 7 in Atlanta. She was 61.

Writing on the AIDS.gov blog, PACHA honored the memory and service of Sharp, who completed a four-year term on PACHA last fall. “Reverend Sharp was a brave woman, a woman of strong faith,” wrote PACHA member Bishop Oliver Allen, presiding bishop of the United Progressive Pentecostal Fellowship of Churches, on the blog. “She broke her silence as a woman living with HIV in 1997 when she was a speaker during a World AIDS Day program. We witnessed firsthand her bravery on the PACHA.… Her passion for strengthening the response to HIV/AIDS in her community and around the globe was inspiring.”

It was those attributes that earned her a spot on last year’s POZ 100. In addition to her work on PACHA, Sharp was involved with SisterLove, the AIDS Ecumenical Coalition, the Speakers Bureau of AID Atlanta and the National Minority AIDS Council.

Sharp also worked internationally. She participated in African HIV and ministerial groups and hosted a group of Russians who were visiting the United States to learn how to fight the epidemic in their own country.