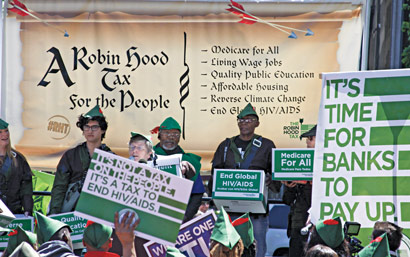 Medicare—the federal health plan for Americans 65 and older—turns 50 on July 30, and folks who support the Robin Hood Tax (RHT) are planning actions across the nation to honor the occasion. “People in the RHT coalition want to draw attention to the fact that Medicare is under attack and if we don’t protect it, it could go away,” says Martha Kuhl, RN, of National Nurses United, which endorses the RHT. “But ideally, we’d expand Medicare and guarantee health care for everyone.” Sound expensive? That’s where the RHT comes in. It’s a proposed 0.5 percent tax* on Wall Street transactions—not on the general public—and it would raise over $300 billion a year to be used for schools, housing, medications, AIDS research and, yes, health care for all. For updates and more info on these topics, check out RHT’s new POZ blog.


*This article has been revised to reflect the following correction: We originally reported the proposal entails a 0.05 percent tax on Wall Street transactions. The correct number is 0.5 percent. 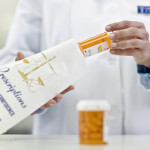 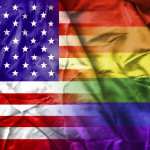