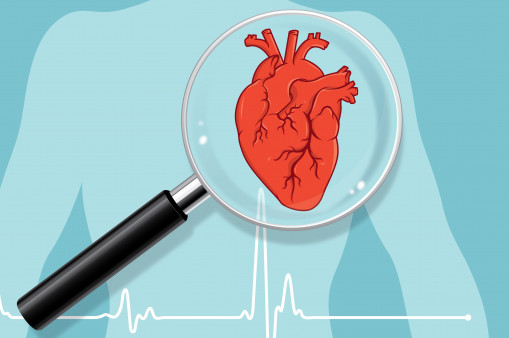 Across the life span, non-plaque-related causes of heart attack were more common in people with HIV.

People living with HIV were almost as likely to experience heart attacks as a result of sepsis or drug use as they were to have heart attacks related to high cholesterol or atherosclerosis (plaque buildup), according to findings published in the Journal of Acquired Immune Deficiency Syndrome.

This was true through most of the life span and contrasts sharply with lower rates of sepsis-caused heart disease among people without HIV. This is important because both untreated HIV and certain antiretroviral (ARV) medications can increase the risk for atherosclerosis-related heart disease. On the other hand, people with HIV may have higher rates of drug use. Stimulants can lead to heart attacks, opioid overdose can lead to hypoxia (low oxygen) and injection with unsterile equipment can lead to myocarditis (heart inflammation) and sepsis, or systemic infection.

Using data from the Centers for AIDS Research Network of Integrated Clinical Systems (CNICS), a long-term study of people with HIV receiving care at AIDS research centers in San Diego; San Francisco; Chapel Hill, North Carolina; Birmingham, Alabama; Seattle; and Baltimore, Heidi Crane, MD, of the University of Washington in Seattle, and colleagues searched for people at least 18 years old who were recovering from heart attacks between 2000 and 2019. These people had no previous record of heart attacks.

The researchers then categorized the heart attacks—known as myocardial infarctions (MIs)—using the Universal MI definition. They looked for people who either had a spontaneous MI due to instability of cardiac plaque or heart attacks related to another cause, including sepsis, stimulant use and hypoxia. Then they looked at the results by age.

Of the 875 people living with HIV who fit the criteria, slightly more than half (53%) had the first kind of heart attack (type 1), while the rest (47%) had secondary heart attacks (type 2). Nearly 80% of participants with any kind of MI were men, half were Black, 78% were taking ARV treatment and the median age was 51.

Participants with a type 1 MI were more likely to be over 40 years old, white and on ARVs or statins and to have higher total cholesterol or low-density lipoprotein (LDL) cholesterol than those with a type 2 MI. And while people younger than 30 did have type 1 MIs, the heart attack rate increased for every decade of life. By the time participants were 70 or older, they had a 71-fold increased chance for a type 1 MI than those under 30 (from 0.13 per 100,000 to 9.32 per 100,000).

“These results highlight that a [type 1] MI and [type 2] MI represent distinct clinical entities that require different approaches to prevention and treatment,” wrote the study authors.

Click here to read about healthy aging with HIV.