Abstinence-Only Linked to HIV Rates
Researchers in New Orleans linked abstinence-only sex ed to high HIV rates among Louisiana youth—specifically low-income African Americans. Youth ages 13 to 24 make up nearly 25 percent of new infections in the state, the only age group to see an uptick from 2009 to 2010. Lawmakers need to get schooled. They voted down a measure to teach comprehensive sex ed.

Oral Sex Less Common Among Youth
Nearly two-thirds of 15- to 24-year-olds have had heterosexual intercourse, according to a CDC survey, but only 26 percent of girls and 24 percent of boys engaged in oral sex first. This challenges the idea that most young people have oral sex before vaginal sex. What’s more, fewer teens have intercourse today (43 percent in 2010 versus 51 percent in 1988) and more use condoms. Sound good? Not so fast: In 2010, half of sexually transmitted infections occurred among 15- to 24-year-olds. Clearly, comprehensive sex ed is in order. And let’s include same-sex activity in these surveys; our LGBT students count too!

Hershey School Settles HIV Suit
After Milton Hershey School in Pennsylvania allegedly denied an HIV-positive teenager admittance because of fears he might have sex with other students, the boy fought back in court. The school apologized this summer, changed its policy and invited the student to attend, but he didn’t drop the case. Good thing: In September, a $715,000 settlement was reached. Sweet. 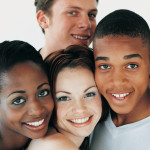