Thanks to advances in HIV treatment and prevention—such as undetectable equals untransmittable (U=U) and pre-exposure prophylaxis (PrEP)—the 2020 presidential candidates have the unique opportunity to end HIV in the United States. But do they plan to take advantage of this moment in history? And if so, what are their specific proposals?

To find out, a survey of 15 questions was sent to all candidates running for president. The survey was organized by coalition more than 50 HIV organizations; the effort was led by AIDS United and the Act Now End AIDS Coalition.

Regarding President Trump, the AIDS United Election Center directs readers to an overview of the administration’s Ending the HIV Epidemic: A Plan for America. (You can read more in POZ here.)

The introduction to the survey responses states: “As the presidential campaign continues, AIDS United and the other HIV advocacy organizations that produced the survey will continue to review campaign literature, speeches or other positions of the candidates who have not responded to determine their positions. We urge all remaining candidates to complete the survey, and we will publish responses from the other presidential candidates as they are sent in.”

The survey questions tackle a number of HIV-related issues, including access to HIV treatment and prevention and basic health care; funding for research, housing programs and the Ryan White HIV/AIDS Program; immigration; the Affordable Care Act (ACA, or Obamacare); HIV-positive servicemembers; the opioid epidemic; discrimination; stigma; the high costs of medications; and the global HIV epidemic.

“The survey is intended to assess the positions of all candidates running for president concerning HIV regardless of party,” reads the Candidate Surveys page. “The ultimate goal is to learn where candidates stand on critical issues in the epidemic and to educate the hundreds of thousands of individuals who care deeply about ending the loss and suffering caused by HIV. The nonpartisan coalition of organizations that created this survey (listed below) do not endorse any candidate or political party.”

Below, POZ has reprinted the first question of the survey along with the full response of each candidate who answered. The Daily Beast offers a roundup of the responses here. Be sure to read the entire survey results on AIDS United’s Candidate Surveys page.

Earlier this year, the Trump administration introduced their plan for ending the HIV epidemic in the United States by 2030. While the HIV community welcomes the increased financial resources and attention being paid to HIV by the administration, we also understand that to end the HIV epidemic we must address the social determinants of health and inequities that have led to a high burden of transmission for HIV, STDs and associated illnesses within vulnerable populations. Please describe what you would do to increase access to HIV prevention and treatment services, and outline your approach for addressing the social determinants of health and promoting racial justice. 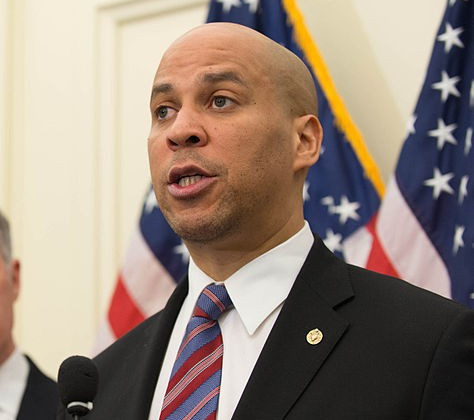 We must act decisively to beat this epidemic, which is affecting over 1 million Americans. I would pursue a number of strategies to do so, including: 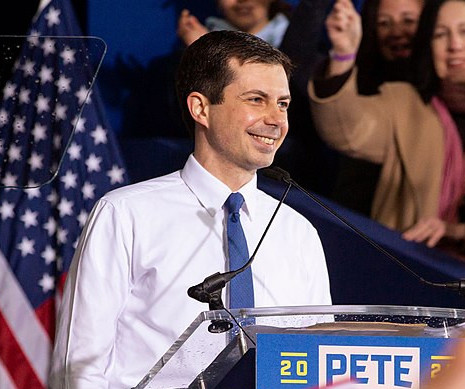 Pete Buttigieg announces his candidacy for the 2020 Democratic nomination for the presidency, April 2019CC BY 4.0/Bary Riggs

My administration will undertake a truly comprehensive approach to ending the epidemic. That starts with leadership from the White House. I will revitalize the White House Office of National AIDS Policy (ONAP)—which was shut down by the current administration—to assure that all health (and related social) policy has an HIV lens. Within the first six months, ONAP will develop a revised National HIV/AIDS Strategy that truly embraces all elements of what it takes to end the epidemic.

The core principles of such a strategy are simple. First, everyone with HIV should be in treatment so they can lead longer and higher-quality lives and so they won’t transmit HIV, since we know that U=U (undetectable equals untransmittable). Second, we must make sure that PrEP (and other primary prevention interventions) is readily accessible to all who are at risk and need it. Third, we must assure that all at risk for HIV—men who have sex with men, trans people, injection drug users, women, people of color—have restored to them the civil rights protections to which they are legally entitled and receive health care in settings that are culturally competent. And fourth, we must address the stigma and other social determinants (poverty, lower income, housing insecurity, etc.) that often make accessing preventive and care services more challenging.

As part of my overall plans for health equity, I will support increased funding for public health infrastructure and the creation of and investment in Health Equity Zones to support local, multi-sector community solutions to reduce health disparities, including disparities related to HIV. 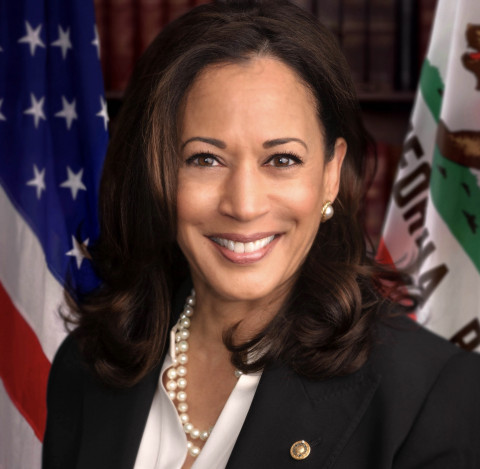 There is no single strategy that is going to end the HIV epidemic, and we must utilize every tool available to tackle this critical public health issue. This includes robust funding for programs we know help get people services they need, such as the Ryan White program to help low-income individuals pay for medication. It also means providing strong resources for prevention. I recently introduced the PrEP Access and Coverage Act, which would require all private and public health insurers (including Medicare and Medicaid) to cover PrEP, including all required tests and follow-up visits, without a co-pay. Access to this preventive medication should never be determined by how much money someone has, which is why the bill would also support state and local programs that facilitate PrEP access for people who lack insurance. I will fight to pass this into law as president, along with my Medicare for All plan, which would also ensure that PrEP is covered. However, we must also take action to address the exorbitant cost of the drug directly, either by bringing down the price of PrEP through licensing the patent to competitors or by using the government’s authority under other intellectual property laws to increase the affordability of PrEP. 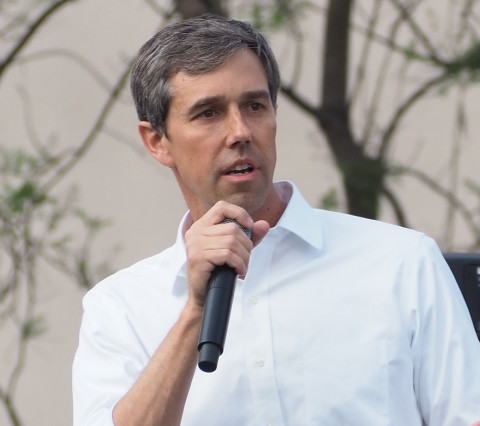 To increase access to HIV prevention and treatment services, Beto recognizes that we must address some of the societal barriers and discrimination facing people with HIV. As president, Beto will ensure that health insurance and health care includes access to HIV prevention and treatment by fully enforcing the nondiscrimination protections in the ACA and by including protections in any new system of universal health insurance. He will ensure individuals in prison can receive HIV treatment. Further, he recognizes that we must tackle price gouging by drug companies so treatments like PrEP are accessible. To address the societal barriers to care, Beto will invigorate the Presidential HIV/AIDS Advisory Council; ban the practice of discharging HIV-positive servicemembers; and direct the Equal Employment Opportunity Commission and the other federal agencies to collect data on and prioritize the enforcement of laws, such as nondiscrimination laws, involving LGBTQ+ individuals and those with HIV. 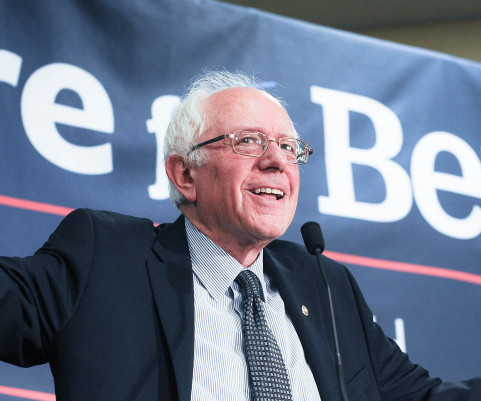 Bernie believes we can and must end the epidemic of HIV and AIDS in the United States and abroad. The government, using taxpayer funding, developed and patented the research that led to the use of the drug Truvada for PrEP in preventing HIV transmission. That drug is now being sold by the pharmaceutical giant Gilead for as much as $2,000 a month and generated $3 billion in sales for Gilead last year. This is unacceptable. Tens of thousands of individuals with HIV and AIDS are still uninsured or cannot afford their treatment. Sanders is the author of legislation that would give the federal government power to authorize generic versions of medicines if drug companies refuse to stop charging Americans higher prices than they do in other industrialized countries.

When Bernie is in the White House, he will enact Medicare for All, which will guarantee health care as a human right to everyone in America, free at the point of service. His plan will address the racial disparities we still see in the epidemic—people of color are disproportionately uninsured. We must work to make sure every person can get the care they need, including prevention and treatment for HIV/AIDS. Senator Sanders understands and will address the need for more black doctors, more black dentists, more black nurses, more black psychologists. We are talking about guaranteeing health care to all as a right but at the same time ending the long-standing disparities which exist within the health care system. Under Medicare for All, he will strive to ensure we are putting health care providers and resources in every community in America.

He will also create a multibillion-dollar Prize Fund to reward medical researchers and developers of medicines who create lifesaving drugs for HIV and AIDS treatment and prevention based primarily upon the added therapeutic value a new treatment offers and the number of people it benefits—instead of a system where the market is manipulated to keep out all competition. Under Bernie’s plan, drugs would have generic competition immediately after FDA [Food and Drug Administration] approval.

Bernie will also fight to expand the Housing Opportunities for Persons with HIV/AIDS (HOPWA) program that currently provides funding for housing assistance and related services for tens of thousands of low-income people living with HIV and their families and the Ryan White HIV/AIDS Program, which provides HIV-related services for those who do not have sufficient health care coverage or financial resources. He will expand efforts overseas for treatment and preventing transmission. We must strive toward a generation free of HIV and AIDS.

To address the social determinants of health, Bernie will guarantee all Americans economic rights. These include the right to a complete quality education, a decent job with good pay, affordable housing, quality health care, a clean environment and a secure retirement. Bernie will raise the minimum wage to $15 an hour and guarantee a job to all Americans who want one to ensure everyone has a decent quality of life. He will protect, expand and strengthen our existing safety net programs, not raid them. By taking health care, education and other essential needs out of the control of the market and to the people, he believes we can create a country that works for all and provides everyone with dignity, security and freedom.

And we will transform this country into a nation that affirms the value of its people of color, we must address the five central types of violence waged against black, brown and indigenous Americans: physical, political, legal, economic and environmental. 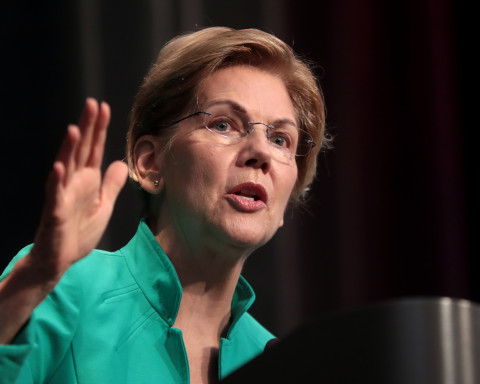 I believe that every person in the country should be treated with dignity and respect—and that includes having the right to live a healthy life. As a country, we have made incredible strides and medical advancements toward ending the HIV epidemic, but there are still around 1.1 million people in the U.S. today living with HIV. A majority of these people are LGBTQ+, are from communities of color and are contending with multiple barriers that prevent them from accessing the care they should have. We must demand more for them and for their futures.

There is no single answer to ending this epidemic—we must use every tool at our disposal. That includes Medicare for All, expanding HIV research and treatment, ensuring everyone has access to PrEP and HIV testing, holding drug companies accountable and lowering drug prices, ending the opioid crisis, ensuring that community health centers receive robust funding and reinstating our position as global leader in public health. It also means expanding economic opportunities, tackling the housing crisis, banning private prisons and exploitative contractors, overturning HIV-status criminalization and discrimination laws and regulations and ensuring comprehensive, inclusive reproductive and sexual health education and services.