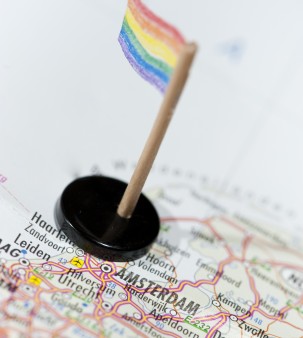 Test and Treat, Plus PrEP Could Slash New HIV Cases

Screening men who have sex with men (MSM) for HIV and immediately treating those who test positive, as well as providing Truvada (tenofovir/emtricitabine) as pre-exposure prophylaxis (PrEP) to HIV-negative MSM, could greatly reduce new infections among MSM, at least in the Netherlands.

Researchers analyzed medical records as well as genetic information about the virus in 617 recently infected Dutch MSM, in order to make estimates about the likely source of their infections.

The researchers estimated that 19 percent of the new HIV cases could have been avoided if MSM maintained their current HIV testing levels and those who tested positive were immediately provided treatment, which greatly reduces individuals’ risk of transmitting to others. (Half of the at-risk men tested at least annually.) An estimated two-thirds of cases could have been averted if all men testing positive received ARVs and if half of all men testing negative received PrEP.

The U.S. apparently does a worse job of getting people with HIV on treatment than the Netherlands. Consequently, according to the study’s lead author, Oliver Ratmann, PhD, a research fellow at the School of Public Health at Imperial College London, “Linking to and retaining more men in [HIV] care, and putting them on treatment will likely play a larger role in the U.S. overall” when it comes to further harnessing the power of ARVs to slow the epidemic.