“Why would you take something that’s out here helping the community? I can’t understand it.”

In a move beneath even the Grinch, someone stole the generator of a mobile HIV testing unit in Baton Rouge, Louisiana, forcing the nonprofit to stop offering tests for HIV, hepatitis C and syphilis, reports WAFB channel 9.

“When you steal from a nonprofit, that’s just like stealing from a church, like taking weapons out of the hands of military—people who are trying to protect the community,” the Reverend A.J. Johnson, founder and CEO of the Baton Rouge AIDS Society, which runs the unit, told the news channel. 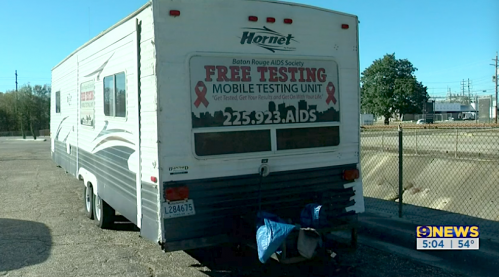 The mobile testing unit of the Baton Rouge AIDS SocietyCourtesy of WAFB.com

For over a decade, the mobile unit had been providing free tests on 4560 North Boulevard. The generator was reportedly stolen from that location.

“The mobile unit clearly says ‘Free Testing,’” Johnson added. “Why would you take something that’s out here helping the community? I can’t understand it.

“We’re out here fighting to get this virus down. Stop the spread until I’m dead. Spread the word, not the virus.”

In 2016, Baton Rouge led the nation in new HIV and AIDS diagnoses, but as of last month, it dropped to No. 10, according to The Advocate. The improvement was attributed to an increase in HIV testing.