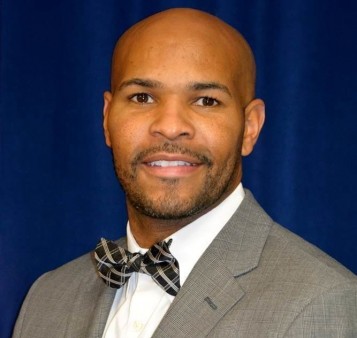 At first, Jerome Adams was reluctant to support needle exchange programs. Now he champions them.

To date, the Indiana State Department of Health has confirmed that 219 people contracted HIV, and 95 percent of them were coinfected with hepatitis C.

It took months after the outbreak for Pence—who morally opposed needle exchanges on the grounds that they encouraged drug use—to finally authorize a temporary needle exchange to slow down the spread of HIV.

Adams, too, had similar reservations. But he changed his mind and encouraged Pence to do the same. According to The New York Times, Pence prayed about the dilemma and eventually heeded Adams’s advice and authorized a 30-day emergency syringe exchange. Later that spring, Pence signed a law legalizing syringe exchanges in Indiana.

“Syringe exchanges aren’t pretty. They make people uncomfortable. But the opioid epidemic is far uglier. It affects the student athlete who gets hooked on the pain pills he was prescribed for a sports injury. It affects the grandmother with chronic pain issues. The faces of this epidemic are our children, our friends, our neighbors.”

Beth Meyerson, codirector of Indiana University’s Rural Center for AIDS/STD Prevention, worked closely with Adams and thinks that Adams, as surgeon general, will have sway working with Vice President Pence on a national scale.

“He will navigate [Washington], I suspect, the same way that he did in Indiana, which is to listen to communities, work with several partners across the arena, and bring public health evidence to the table again as an advocate for community health,” Meyerson told NPR, adding that expectations about Adams may have to be reeled in by the reality of politics.

The laws Adams helped pass haven’t been as comprehensive as she and other public health workers would have liked. The original syringe exchange law “was an administrative nightmare,” she says. Indiana Governor Eric Holcomb has since updated the law, making it easier for counties to start exchanges.

If confirmed by the Senate, Adams would be the second health official from Pence’s home state to join the Trump administration. Seema Verma, MPH, who helped shape Indiana’s Medicaid expansion, now heads the Centers for Medicare and Medicaid Services.

For more about the Indiana HIV and hep C outbreak, read “Can Rural America Learn to Live With Needle Exchange” or click #Indiana.