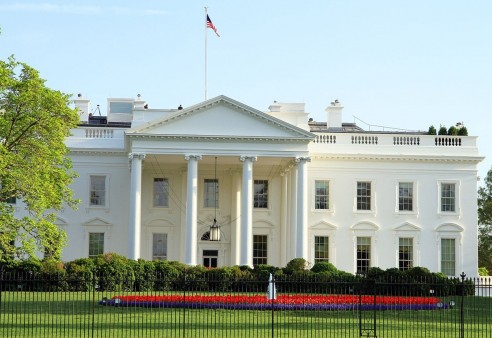 U.S. Has Gone More Than a Year Without an AIDS Czar

The White House doesn’t have an AIDS czar. The last person to hold this post—Amy Lansky, PhD, MPH—stepped down as the director of the Office of National AIDS Policy (ONAP) when the Trump administration settled into the White House in January 2017. Such moves are not uncommon when a new administration comes in. What is unusual is that Trump has not appointed a new director.

The ONAP director plays an important role because he or she advises the president on HIV/AIDS policy. The director oversees domestic efforts to fight the epidemic through the National HIV/AIDS Strategy (NHAS) and oversees the administration’s HIV/AIDS policies across multiple federal agencies.

Having a vacancy in the position “really sends the wrong message for those living with HIV, especially with the progress that’s been made under the last couple of administrations,” Brandon Macsata, CEO of the ADAP Advocacy Association, told The American Journal of Managed Care. “Here in the [United States], you have well over 1.2 million people living with the disease,” he adds. “Why would you not want someone in that position, especially considering the progress that has been made?”

Mascata told the journal that his AIDS organization has called on the newly appointed Health and Human Services director, Alex Azar, to press Trump to appoint an ONAP director.

Previous ONAP directors have helped establish, institute and update the National HIV/AIDS Strategy. They’ve held regional listening sessions, hosted forums and issued reports and related data while acting as spokespeople for the administration regarding HIV issues (see the tweets below, from Lansky).

On behalf of 8 years of ONAP, thank you to everyone who supported us. Our accomplishments are because of you.https://t.co/ClQyf6HAuu

“ONAP is really in the center of national policy and is responsible for coordinating a government-wide response to the epidemic,” former ONAP director Jeff Crowley told the journal. “I think the concern now about the lack of an ONAP [director] is that this administration is poised to make major progress as long as we keep the trajectory going, but we need to keep seeing the leadership necessary to make things happen and keeping a focus on the indicators that were developed in the national strategy as far as tracking how many people are diagnosed and how many people are getting into care.”

For more about ONAP in POZ, click #Office of National AIDS Policy. In related news, Trump fired all the remaining members of the Presidential Advisory Council on HIV/AIDS (PACHA) in December 2017, a few months after six other members had resigned in protest. For more, click here.

POZ Poll: The U.S. hasn’t had an AIDS Czar in over a year. How will this affect the domestic epidemic?

Lacking an AIDS Czar will help fight the U.S. epidemic.

Lacking an AIDS Czar will worsen the U.S. epidemic.

Lacking an AIDS Czar will not affect the U.S. epidemic.