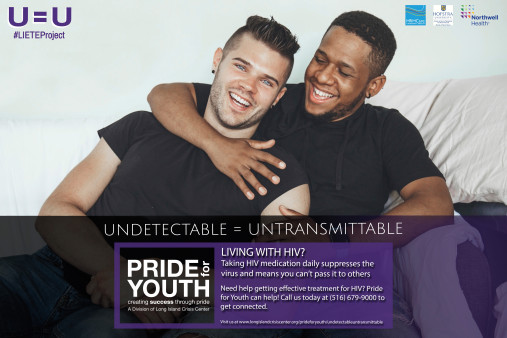 Prevention Access Campaign builds on its success with a new executive director of North America.

Murray Penner is the executive director of North America for Prevention Access Campaign (PAC), which originated the Undetectable Equals Untransmittable (U=U) message. U=U refers to the fact that people living with HIV on effective treatment cannot sexually transmit the virus.

Since the launch of U=U, a groundswell of research has confirmed that having an undetectable viral load renders people incapable of transmitting HIV to their sexual partners. Over 800 community partners from nearly 100 countries have endorsed U=U.

Penner was the executive director of NASTAD (National Association of State and Territorial AIDS Directors) from 2015 to 2018. Before that, he was NASTAD’s deputy executive director from 2001 to 2015. Penner tested HIV positive in 1986.

The role of PAC executive director of North America is new. Why was it created?

One of the reasons is that we have grown so fast. Founding PAC executive director Bruce Richman has done an amazing job, but as the U=U message continued to grow, especially internationally, we observed a need to focus more in the United States.

We definitely have good support nationwide, but skepticism and concerns about our message still remain in some places. We want to make sure that we pull together support across the country so that we can have an effective U=U movement.

I’ll give you a good example of what we think is lacking in the United States. Take Scotland, for instance. During their most recent Pride celebration, they had U=U banners at the very front of their parade with lots of people marching with the banners.

U=U was front and center at that event. It’s been harder to get that same level of support in the United States. We concluded that someone needed to focus exclusively on making that happen. We need to galvanize U.S. support for the U=U message.

My new role also includes Canada. The Canadian government is supportive of U=U, but certainly there remains work to do in Canada. I’ll also be sharing tasks with Bruce here and around the world. There is plenty for us all to do!

How can U.S. HIV groups be proactive?

In my experience working at NASTAD, I have found that health departments play a key role in working with both AIDS service organizations (ASOs) and community-based organizations (CBOs). That experience is one of the reasons this role is a good fit for me.

In many cases, health departments are the primary HIV funders, through the Ryan White program in particular. Where we have seen good success with ASOs is when the local health departments get behind U=U by including it in their programming.

I’ll give you an example. In Washington, DC, the health department has released its request for proposals for funding through Ryan White. It included a component that requires ASOs to put U=U into programming to make sure everyone is aware of its benefits.

U=U can motivate people to get onto treatment and keep them adherent to their medications to achieve and maintain an undetectable viral load. However, U=U can’t do any of that if people living with HIV aren’t even aware of it.

Networking can also be effective—for instance, getting networks within a state to come together for trainings by health departments for case managers. We don’t see that happening everywhere, so it’s the responsibility of both health departments and ASOs to unite.

Creating and distributing U=U materials is key. It’s increasingly common to see PrEP [pre-exposure prophylaxis] posters and flyers when you walk into a clinic, but it’s still rare to see those kinds of materials for U=U. You can make T-shirts, stickers and more. U=U needs to be more prominent.

Are there other leverage points?

Not all ASOs or CBOs provide medical services. However, instituting targets for viral suppression rates is a tool we’ve seen used in those that do. Implementing performance measures such as that is one point of leverage.

Another one is training and technical assistance for providers. One of the challenges we keep hearing is that doctors, nurses, social workers and others do not share the U=U message. In particular, we most often hear that doctors don’t feel comfortable talking about U=U.

Yet another point is social media, which is where we are seeing a lot of success internationally. Both individuals and organizations outside the United States are getting the word out through social media. We do see individuals here use social media to promote U=U, but we need to see more U.S. groups do so.

A point of success worldwide, including the United States, is using Pride celebrations to spread the message. We’ve seen many organizations use Pride as a reason to promote both U=U and PrEP. 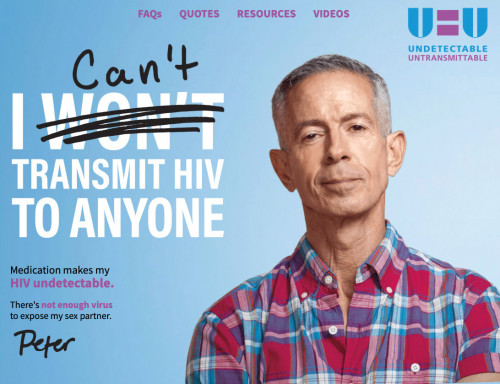 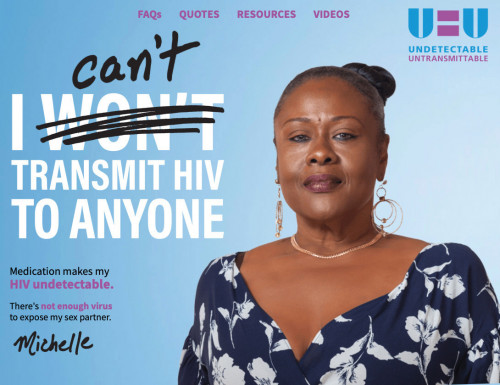 How can PrEP and U=U work together?

There are some people who think we need to put all our energy into PrEP and not into U=U, or vice versa. I believe that the two need to go hand in hand.

The modeling we’ve seen from the U.S. Centers for Disease Control and Prevention, for instance, shows that the greatest effect on the epidemic is if we both scale up treatment to get people virally suppressed and scale up PrEP.

We lose lots of opportunities when we talk only about PrEP and at the same time don’t talk about the benefits of treatment. Presenting both PrEP and U=U side by side as options to keep people healthy can help end HIV stigma.

I don’t see one without the other, particularly when you’re talking about HIV testing. Knowing your status is vital so that you can decide which direction to take in terms of taking care of yourself. To stay healthy, you can use antiretrovirals to either treat the virus or prevent it.

What are some next steps for U=U?

For starters, emphasizing that U=U is a powerful reason to argue for access to treatment. Of course, the primary task of treatment is to suppress the virus to keep people healthy. That reason alone, however, has not guaranteed access. We want U=U to help increase access.

We also need to increase knowledge of U=U, as well as PrEP, among certain populations. Lack of information about U=U exists along the same lines as the inequities that exist when it comes to access to treatment. From young Black gay men to transgender women to others, we have a lot of work to do. Everyone should be benefiting from U=U.

Apart from the personal aspects of U=U, we need to better address policies by challenging beliefs. For example, we hear that some providers worry about adherence. They say that if people hear the U=U message that folks will stop taking their meds regularly when they become undetectable. That concern is being reflected in the policy of some providers not sharing U=U.

How do you see your new role at PAC?

My time at NASTAD was wonderful. However, after many years there I began wanting more grassroots engagement. I also battled prostate cancer. The combination led me to move on.

While at NASTAD, I was one of the original signers of the U=U consensus statement. I felt U=U had tremendous potential to motivate people to get into treatment and to achieve undetectable status but more so to end HIV stigma.

U=U is something I was already passionate about, so when Bruce and I first started talking about this new role at PAC, everything lit up for me in terms of matching opportunities with my abilities.

It still feels overwhelming. You’re never going to have a job that is stress-free, but it has an energy that excites me.

I’m a relationship builder. I work to figure out how to achieve common goals and consensus. You need a heavy hand in activism, but it also helps to have a way of seeing through differences.

U=U is an opportunity to bring people together in ways that we haven’t necessarily seen in the HIV movement. U=U can help us all be more united. 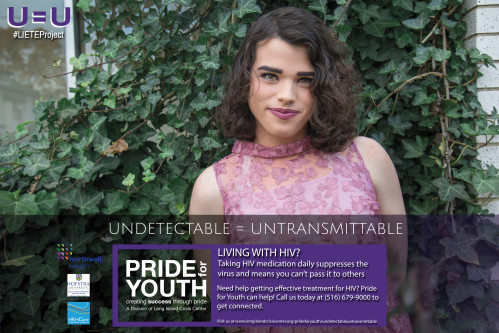