Supporters at Dining Out for LIfe Courtesy of AIDS Foundation Houston

Both the clients and staff of AIDS Foundation Houston continue to heal in the aftermath of Hurricane Harvey. 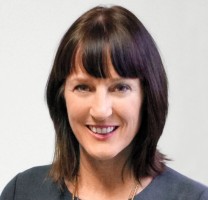 Kelly Young is CEO of AIDS Foundation Houston (AFH), which was founded in 1982. AFH was the first AIDS service organization in Texas. The group has since grown from its grassroots beginnings to provide many HIV-related programs and services, such as housing and case management, to more than 7,000 clients. She has been CEO since 2012.

Prior to AFH, Young was executive director of The Women’s Fund for Health Education and Research, which prepares women and girls in the Houston area to be advocates for their own health. Before that, she was vice president for education and outreach services of the Houston Area Women’s Center, which works to end domestic and sexual violence. She has more than two decades of management experience.

In 2017, Hurricane Harvey made landfall in Texas as a Category 4 hurricane. It was the first major hurricane to hit the United States since 2005. The Houston metropolitan area suffered widespread flooding. Over four days, many areas received more than 40 inches of rain. Harvey caused nearly $200 billion in damages. Among the millions of people affected by Harvey were the clients and staff of AFH.

What were some of the challenges AFH faced after Hurricane Harvey?

We were very lucky that our housing programs did not have any serious flooding. But we did have issues with people being displaced. Some had left their housing because they were afraid of being flooded, and a couple of clients were displaced because their apartments did flood, so getting them resettled was a challenge.

However, the week after the hurricane I went to one of our housing programs because all the grocery stores and everything around them were closed. They weren’t able to access food. My husband and I got them food, water and toilet paper from a store. They were limiting water for everybody, but they let us buy 50 bottles.

At another of our apartment complexes, the immediate area around them was OK, but everything outside that was flooded, so my chief program officer managed to get them all restocked.

In terms of medications, we had only a handful of people who had not already ordered their meds or had enough meds to get by. And the State of Texas created a waiver so that if you had evacuated to Dallas or somewhere else you could access your meds through ADAP [the AIDS Drug Assistance Program].

As far as Facebook and social media, we kept updating everybody about what’s available, who’s open, where to go and what to do. Any time we posted something, people would repost. So the HIV community itself was organized.

After those initial steps, we assessed what the impact of the hurricane had been on our staff of 50 employees, making sure that everybody was in a good enough situation. Then that’s when we opened our food pantry, which normally serves around 1,700 individuals who are living with HIV a year.

We knew that after Harvey our pantry was going to be highly needed, not just by our clients but the entire community. We opened our doors to everyone in our neighborhood to become a local food bank distribution center. We served 500 people the first week and are still on average serving 75 people a day. 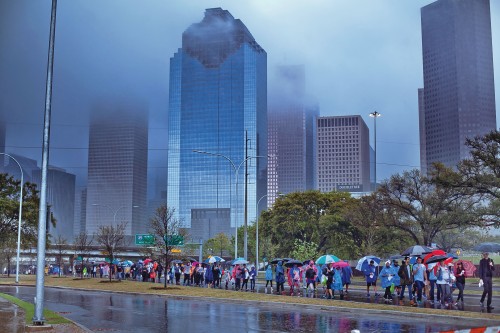 Tell us more about the pantry.

Our pantry is called the Stone Soup, which we’ve had since the beginning of AFH. It made sense for us to have a pantry because many early HIV treatments had to be taken with food. And many of those meds were difficult to manage physically, so food for nutrition to cope with them was important.

Because we do HIV testing, by opening our pantry doors to everyone after Harvey we were also hoping to see more local people get tested for the virus as a result. Our main offices are in a high immigrant neighborhood, so we hoped that by coming in for the pantry they would become more comfortable.

We had a few who were interested in getting tested. Some of them did test HIV positive. Of that group, we were able to connect them to care but also collect information about where they were medically, like when they’d last seen a doctor. Many had not been to a doctor in over a year.

What we were afraid of as a result of Harvey was that people would drop out of care because they were busy worrying about other things. That’s what Thomas Street Health Center, the main HIV clinic in Houston, experienced [for more, see page 9]. People did drop out of services during and right after the hurricane.

Opening up the pantry addressed that problem by offering food, something everybody needs, as a way to get people back into care. So there were good outcomes to opening our pantry doors besides just the food.

Tell us more about AFH housing.

In addition to low-income folks, the people we work with in these programs typically have mental health concerns, physical disabilities and issues with drug and alcohol use. We serve people who have a tough road ahead of them. So our food pantry goes hand in hand with our housing programs. 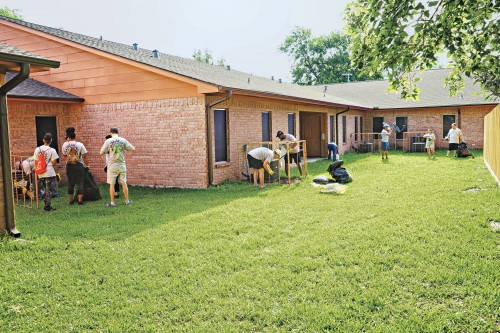 What are your concerns moving ahead?

It’s important to realize that Houston is 660 square miles. The AFH offices and programs, as well as the 200 people we directly serve, may have weathered the storm, but that does not account for the rest of the community.

Houston is an oil city. There was no way this city was not going to be up and running quickly after Harvey. So you can drive around many parts of Houston and feel like there was no hurricane, no flooding. But then you go into neighborhoods where they still have furniture, Sheetrock and trash sitting in front of homes. It’s a weird juxtaposition.

As I mentioned before, the Thomas Street Center saw a huge drop in care. What we’re all anticipating in Houston is that six months out from the hurricane we’re going to see a lot of the HIV work that we’ve done get undone.

All of the HIV testing, all of the work on PrEP [pre-exposure prophylaxis], getting people into care, helping them stay adherent to meds—all of that is at risk of being undone. This is our big worry.

In terms of needs for AFH, funding is a concern. We’re a small nonprofit organization with about a $5 million budget. We get government grants, but we raise more than $1.5 million outside of our government funding. Our sponsorship letter for our World AIDS Day luncheon was sent a day before Harvey hit, so that ask was pretty much killed as a result.

If we had to cut staff or could not provide a service because of less funding, then that would have long-term effects on our ability to end HIV transmissions. We don’t want that to happen, so we’re making plans now to get resources in.

Why are you so passionate about HIV?

I was still in high school during most of the early AIDS epidemic, so I think of myself as being a child of some of the most amazing social justice fighters and advocates who were ever born.

When I worked on child abuse, one of the individuals I worked with was an 8-year-old girl whose mom was lost to AIDS. Her family rejected the girl because she was HIV positive. Two months after they put her in a foster home, she showed up at our agency because she was acting out because of her mother’s death. No one would care for her.

When I worked on domestic and sexual violence, I worked with women living with HIV who were in bad situations because their partners accused them of doing something wrong to get the virus. We also made sure that rape survivors didn’t get stuck paying for HIV tests.

So when I was asked to lead AFH, I had not only the knowledge of how HIV affects the body but also the understanding of how damaging HIV stigma is to our society at large. I accepted the challenge because I love the work I do. 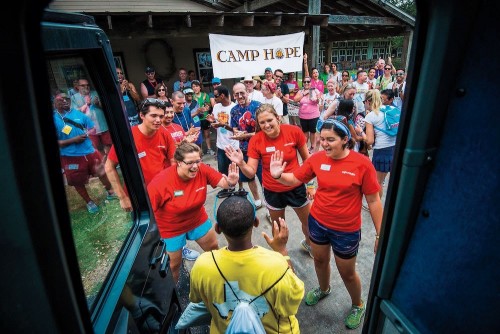