CytoDyn’s monoclonal antibody PRO 140 injected once a week suppressed HIV in some people living with the virus for well over a year, without the need for antiretroviral (ARV) treatment, Medscape reports. Findings from a Phase IIb study of the therapy were presented at the American Society for Microbiology (ASM) Microbe 2016 meeting in Boston.

PRO 140 is a cloned antibody that binds to the CCR5 coreceptor on the surface of CD4 cells, onto which most HIV latches in order to infect them. HIV that latches onto this coreceptor, as opposed to the CXCR4 coreceptor, is known as R5 tropic. PRO 140 has gained a certain amount of fame recently on account of Charlie Sheen’s professed interest in participating in an advanced trial of the treatment.

The study included 28 HIV-positive adults who had R5-tropic HIV and had been on successful ARV treatment for a year with no changes in their regimen during the previous four weeks.

The participants went off their ARVs a week after the researchers started giving them weekly subcutaneous (under the skin) injections of PRO 140 for up to 12 weeks.

Fifteen of the participants (54 percent) maintained viral suppression 12 weeks into the study and were put into an extension arm of the trial in which they were trained to inject themselves with PRO 140 and instructed to do so for an additional 108 weeks. The remaining participants went back on ARVs and all achieved a fully suppressed viral load.

The health events that participants experienced and that the researchers deemed related to PRO 140 were mild or moderate injection-site reactions. The treatment has proved generally well tolerated in both intravenous and subcutaneous forms. No participants who have received PRO 140 in trials have experienced serious adverse health events and the treatment appears nontoxic. 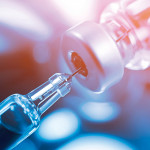 Injectable Cabenuva Can Now Be Started Without Oral Lead-In 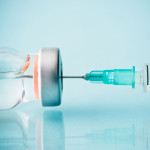