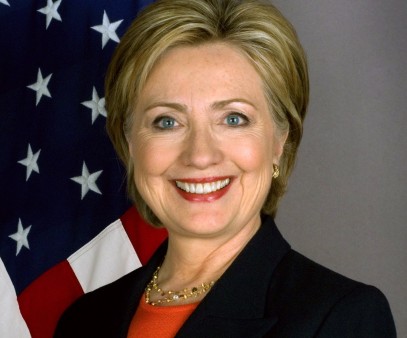 Here’s what happened after Hillary praised the Reagans for their AIDS advocacy.

In March 2016, while speaking in regard to Nancy Reagan’s funeral, Hillary Clinton (incorrectly) claimed the Reagans helped start a national conversation about HIV. Outrage from AIDS advocates was swift to come, and it was soon followed by two apologies from Clinton.

But what happened behind the scenes? New emails released by WikiLeaks and reported on by The Washington Blade give us a glimpse at the goings-on between AIDS advocates and the Clinton campaign.

Emails show advisers recommending that Clinton address the issue “before this spins out of control.” For example, Clinton’s LGBT liaison, Dominic Lowell, wrote: “most people are expressing palpable anger and hurt over the comments.” He described some of these people as “Queer Nation, ACT UP, and other activists who are out, loud, and not afraid of direct action or aggressive confrontation.”

After discussing several methods of getting out an apology, the Clinton team decided to craft a lengthy statement that would be posted on Medium.com, a platform where people publish essays and ideas. In a series of email exchanges, quoted in The Blade, staffers tweaked the language of the apology before it got the Clinton approval and was published (for more about Clinton’s Reagan comments and her apology, click here).

The apology seemed to placate supporters, as evidenced by the WikiLeaks emails, but The Blade points out that one issue remains unresolved: why Clinton made the statement about the Reagans in the first place.