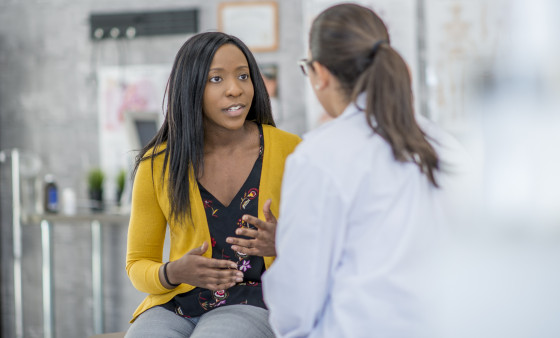 Throughout the United States, Black people bear the greatest burden of HIV. While African Americans make up 13% of the U.S. population, they account for 42% of all new HIV diagnoses, with a total of about 15,300 new cases reported in 2019, according to the Centers for Disease Control and Prevention (CDC). Stated another way, Black people are about eight times more likely than white people and about twice as likely as Latinos to be diagnosed with HIV. Of the estimated 1.2 million Americans currently living with HIV, about 40% are Black.

Among Black men, those who have sex with men account for the largest proportion of new HIV diagnoses. Just over a quarter of all newly diagnosed people in 2018 were Black gay, bisexual and same-gender-loving men. What’s more, over half of newly diagnosed young gay and bi men ages 13 to 24 are African American.

Black women make up about 60% of all new HIV diagnoses among women; their most common risk factors are heterosexual contact and injection drug use. Adequate data are lacking for transgender people, but Black trans women appear to have a disproportionately high HIV rate.

The CDC estimates that six out of seven African Americans living with HIV have been tested and are aware of their status. Testing is important because people who know their status can start antiretroviral treatment, which halts disease progression and prevents HIV transmission, as people who achieve an undetectable viral load do not transmit the virus through sex.

While HIV does not progress faster among African Americans, and antiretroviral treatment is equally effective for this group, Black people are less likely than white people to receive adequate health care. Reasons include a higher poverty rate and a lower likelihood of having health insurance compared with the overall U.S. population.

In addition, African Americans are at greater risk for other health problems that can make managing HIV more difficult, including sexually transmitted infections, heart disease, kidney disease and diabetes.

Racism, stigma, homophobia and distrust of the health care system can negatively impact risk behavior, knowledge of HIV status, HIV care and other services for many African Americans. Black people are also more likely to experience homelessness, incarceration and criminalization related to their HIV status.

Many AIDS service organizations offer assistance and programs specifically for Black people living with HIV. The CDC’s high-impact prevention approach aims to focus efforts and resources in communities with the greatest burden. The “Ending the HIV Epidemic in the U.S.” plan prioritizes more than 50 jurisdictions with high HIV rates, many of which are home to large African-American populations.