PML is a life-threatening disease of the brain that can occur in people living with HIV/AIDS. It is caused by the JC virus. The “JC” are the initials of the first patient diagnosed with PML.

The JC virus infects cells in the brain called oligodendrocytes. These are responsible for producing myelin, a fatty substance that helps protect nerves in the brain. If too much myelin is lost and not replaced, the nerves become damaged and eventually stop working correctly.

Between one- and two-thirds of people worldwide are infected with the virus, usually during early childhood. However, it only causes disease in people with weakened immune systems, such as those undergoing cancer chemotherapy and people with AIDS. Before the use of potent HIV treatment, 3–7% of people with AIDS developed PML and was usually fatal. It usually occurs at very low CD4 counts (below 100), but has been seen in some with as many as 500 CD4s.

Although some people with HIV in the U.S. are at risk for PML—especially those who don’t know their status or are not in care and on treatment, the disease can be prevented and treated by using potent HIV medications to ensure the immune system stays as healthy as possible.

Because the lesions and nerve damage caused by PML can occur anywhere in the brain, the initial symptoms can vary from people to person. Symptoms can progress quickly over weeks and include mental deterioration, vision loss, speech disturbances, lack of coordination, paralysis, and coma. Specific symptoms relate to the affected areas of the brain by PML. Seizures can occur in 1 out of 5 people.

How is PML diagnosed?

Many symptoms are similar to those seen with other HIV-related diseases (toxoplasmosis, cryptococcal meningitis, lymphoma, etc.). Thus, it is important to know the exact cause of these symptoms so that the correct treatment is started.

Diagnosis is based partly on the current symptoms along with using the results of a magnetic resonance imaging (MRI) scan. PML lesions usually show up as white or dark spots on the MRI—distinctly different from other brain infections. Most specialists can make a confident diagnosis based on this information.

Other tests may also be done to confirm the diagnosis, including a spinal tap. This test can find the virus in spinal fluid in up to 90% of people. Another procedure includes a brain biopsy—surgery that can be risky, especially for those with weakened immune systems.

How is PML treated?

Unfortunately, no treatments have been proven effective for PML. Therefore, the best option in treating PML is by starting HIV treatment. By keeping viral load undetectable and CD4 counts as far above 100 as possible, people with HIV with PML are more likely to live longer and to see their symptoms improve, sometimes dramatically. For some, even after starting successful HIV treatment, neurological symptoms may linger or worsen.

Another option is by intensifying a person’s current regimen by adding drugs from other classes. However, this may be difficult for some who have multi-drug resistant virus. Intensification may also include using HIV drugs that cross the blood-brain barrier. Although this was true earlier in the epidemic, this has not been proven when using current meds.

A handful of PML treatments have been studied in clinical studies, but results have been disappointing. Examples include cytosine arabinoside (Cytosar-U, DepoCyt), topotecan (Hycamtin), cidofovir (Vistide), mefloquine (Lariam, etc.), high-dose IV zidovudine (Retrovir), and interferon-alfa or -beta. Some proved to be too toxic to use, while others failed to improve symptoms or survival.

The medications cyproheptadine (Periactin) and mirtazapine (Remeron)—typically used to control psychotic symptoms such as hallucinations and delusions—have had encouraging results in test tube studies.

If HIV treatment is started when PML symptoms are present, a condition called immune reconstitution inflammatory syndrome (IRIS) can occur. IRIS increases inflammation in the body as the new HIV meds help the immune system gain control of certain infections like PML. Some providers use corticosteroids for a short time to help prevent and/or ease these symptoms. However, these should be used with caution as steroids can also blunt the immune system’s response. Sometimes, starting HIV meds can “unmask” the presence of undiagnosed PML.

Can PML be prevented?

It is unclear how the JC virus is transmitted, so currently there are no ways to prevent infection. However, the best way to prevent PML disease is by keeping the immune system healthy. This includes starting HIV treatment before the immune system becomes impaired. If a person’s PML symptoms have gone into remission after starting and keeping CD4 count above 100 or even 200, the chance is lower that the PML will return.

If you would like to find out if you are eligible for any clinical trials that include new therapies for the treatment or prevention of PML, visit ClinicalTrials.gov, a site run by the U.S. National Institutes of Health. The site has information about all HIV-related clinical studies in the United States. For more info, you can call their toll-free number at 1-800-HIV-0440 (1-800-448-0440) or email contactus@aidsinfo.nih.gov. 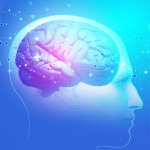 HIV May Persist in the Brain Despite Antiretroviral Treatment