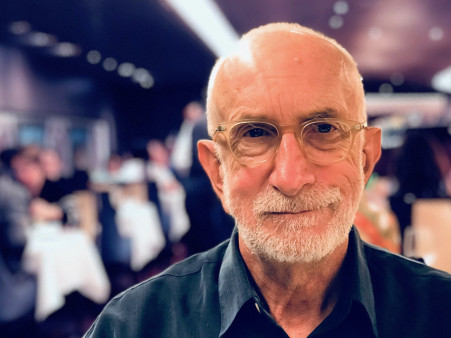 HIV Does Define Me: There, I’ve Said It.

Here are ways HIV can shape our lives, whether we like it or not.

It’s the clarion call of many a budding activist: “HIV does not define me.” You must have read it a hundred times. It’s an admirable sentiment too. It speaks of empowerment, of mastering challenge, of defiance, of retaining a clear sense of identity and of priorities.

At the same time, I can’t help but think that, manageable condition or not, HIV DOES define me, and many others. It shapes our lives. Pre-diagnosis years, I suspect, are universally much different to post-diagnosis years. That’s even more so for long term survivors who now constitute a large faction within the HIV community and who inevitably bear scars from living through the worst years of the epidemic. And, as a result of criminalization, we can be charged with serious offences our HIV-negative neighbours cannot. We grapple with stigma too in all its forms that our neighbours cannot even comprehend. Living with HIV IS different.

That kind of change isn’t always a bad thing. (Anything beats banking!) I’m not here, though, to debate whether an HIV diagnosis is a good thing or a bad thing — it can be both. That it is a life-changing thing seems hard to dispute. The change can often manifest itself in big ways. How we see ourselves — as strong and powerful or as damaged goods — is an example.

So in my own case, I would like to think I’m not defined by HIV, but in many ways I am. I can’t help it. Until recently, for example, my work days were consumed with reporting on HIV, my colleagues people dealing with HIV themselves, my wonderful social media circle full of people living with HIV, sharing thoughts and news about HIV, Sometimes we wear HIV-themed T-shirts. I can’t be alone in thinking that for a large chunk of my life — a quarter century in fact — I have been consumed by HIV. If that’s not a life defined by HIV I don’t know what is.

True, I live a life where family and friends outside the HIV world play a huge part. My dog is everything to me; so is my long-time partner. But then researchers see me as part of a sero-discordant, or mixed status couple, never once as a dog-lover. Our outside lives are seldom acknowledged within our own community. Instead we are required, or choose, to put on an HIV hat again and again and again.

I don’t resent that. In many ways I like being a person living with HIV. It has given my life meaning and purpose, even if in an all-consuming way. I don’t feel the need to downplay that. Rather I celebrate that being HIV has shaped my life, shaped my identity and — yes, defined who I am