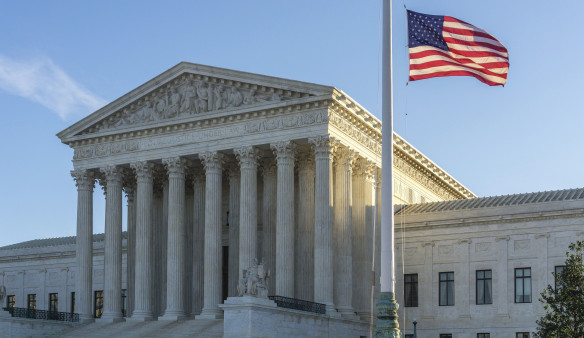 The Affordable Care Act Is Threatened…Again

The court case could eliminate protections for people with pre-existing conditions. Plus 20 million Americans could lose their insurance.

If the value of a good piece of legislation can be measured by the frequency and tenacity with which its opponents try to get it invalidated, it’s not an understatement to say that the Affordable Care Act (ACA, or Obamacare) is one of the most successful health care laws ever created. While much of the national media attention has been focused on the 2020 Democratic presidential candidates debating the merits of Medicare for All, the nation’s existing health care has come under attack once again, this time in the U.S. Court of Appeals for the Fifth Circuit.

Earlier this month, a three-judge panel in New Orleans heard oral arguments in Texas v. United States, the latest legal challenge to the constitutionality of the ACA. When it was initially filed in 2018 by a group of 19 Republican state attorneys general, legal experts didn’t think the lawsuit— which claims that the elimination of the ACA’s individual mandate in the Tax Cuts and Jobs Act of 2017 in invalidates the entirety of the ACA—would gain much traction. However, in the wake of the Trump administration’s Department of Justice extraordinary refusal to defend the ACA in court and the decision in 2018 by District Court Judge Reed O’Connor to agree with the plaintiffs in finding the ACA unconstitutional in the absence of the individual mandate, the fate of the ACA has become much more tenuous.

During Tuesday’s hearing, the 2 Republican-appointed judges on the 5th Circuit expressed doubts about the constitutionality of the ACA without the individual mandate. At one point in the proceedings, Judge Jennifer Walker Elrod, an appointee of President George W. Bush, asked “If you no longer have the tax, why isn’t it unconstitutional?” Judge Kurt Engelhardt, a recent President Trump appointee, spent most of his time questioning California Attorney General Xavier Becerra, who was there in place of the absent Trump administration to defend the ACA and represent 16 other Democratic state attorneys general and the Democrat-led House of Representatives, which intervened in the case immediately upon the beginning of the 116th Congress.

It is still unclear what the Fifth Circuit Court will decide in this case, but regardless of how they rule, it is all but assured that the losing side will appeal to the Supreme Court. Should this happen, the Supreme Court hearing would likely take place in the summer of 2020, interjecting the ACA and its protections for people living with pre-existing conditions into the Presidential race, something that many in the Republican Party are wary of following their significant losses in the 2018 midterm elections to Democratic candidates who used Republican attacks on the ACA to mobilize their base. To this end, Senate Majority Leader Mitch McConnell (R-KY) refused to say just last week whether or not he supports the Trump administration’s efforts to invalidate the ACA. McConnell is 1 of 22 current Republican Senators whose seat is up for grabs in the 2020 election.

If the courts do ultimately decide that the ACA is unconstitutional in the absence of the individual mandate, it will have far-reaching consequences for the nation’s health care system and would bring enormous harm to millions of people. It is conceivable that all of the most vital provisions in the ACA could be eliminated, including the elimination of protections for people with pre-existing medical conditions like HIV. An analysis by Families USA estimates more than 20 million individuals could lose their health insurance if the ACA is invalidated. Seniors and people with disabilities, young adults up to age 26, and low-income and working families would face irrevocable and potentially fatal harm.

The outcome of the legal challenge to the ACA would also have significant consequences for the health of people living with HIV/AIDS and the evolution of the epidemic, particularly in the South where the greatest burden of HIV infection continues to malign the nation’s most vulnerable and underserved populations. And, it is safe to say that the impact of the elimination of the ACA on people living with and affected by HIV would make the Trump Administration’s goal of reducing new HIV transmissions by 90% within 10 years an impossibility.

AIDS United will always fight for the rights to care and treatment of all people living with or affected by HIV and we continue to support the Affordable Care Act and the health care access it is provided to hundreds of thousands of people living with HIV. Check back to the AU Policy Update regularly for the latest info on the legal status of the ACA.