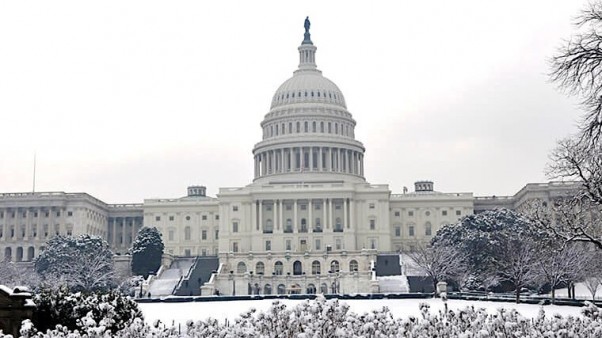 About That Budget Congress (Finally) Passed…

How does the FY2018 budget affect HIV and opioid efforts? And what about Planned Parenthood and Obamacare?

It took six months, five continuing resolutions and two government shutdowns, but Congress finally passed its Fiscal Year 2018 funding early on Friday morning, March 23. After pleading with Senator Rand Paul (R-KY) not to send the U.S. government into another brief shutdown in his quixotic quest to stop what he considers to be profligate federal spending, Senate Majority Leader Mitch McConnell succeeded in bringing the House-passed omnibus bill to a vote shortly after midnight. Ultimately, the bill squeaked through the Senate by a vote of 65 to 32, with the bulk of the nays being constituted by a number of more conservative Republicans and a smattering of Democrats.

The $1.3 trillion spending package was a bit of a mixed bag for HIV advocates. Once again, the Ryan White program was flat-funded from the previous year, but given the fact that both President Trump’s budget and the House’s initial FY18 appropriations zeroed out vital programs like the Secretary’s Minority AIDS Initiative Fund, the AIDS Education Training Centers, and the Special Projects of National Significance, it can be viewed as a net positive this year. At the same time, funding for the Housing Opportunities for People with AIDS program was raised to $375 million in the FY18 spending deal, an increase of $19 million over last year.

Encouragingly, the FY18 spending bill dedicated $3.3 billion to curbing the opioid epidemic, with a substantial portion of that money—about $2.8 billion—going to treatment, prevention and research. Among other things, the spending package doubles funding for state and tribal grants created under the 21st Century Cures Act to $1 billion, provides $415 million to HRSA to expand access to substance use treatment in rural and community health care settings and a $1.3 billion increase for the Substance Abuse and Mental Health Administration. This new funding is a good start in the federal government’s efforts to stem the tide of the opioid epidemic, but it is still not nearly enough.

There was also plenty that this spending deal did not do that both parties were lobbying intensely for over the past few months. Much to the chagrin of hardline conservatives, there were no funding exclusions for Planned Parenthood as was floated in negotiations earlier this month, and there were no provisions defunding sanctuary cities. Similarly, Congress shut down President Trump’s hopes for seeing his much-ballyhooed border wall come to fruition anytime soon, only allotting $641 million for new border fencing (not walls, but see-through fencing) and not providing any new money for more ICE agents or beds to hold undocumented immigrants. The omnibus also did not provide any protections for the more than 700,000 Dreamers who are at risk for deportation and did not include any measures designed to stabilize the Affordable Care Act.

Early Friday morning, President Trump threatened not to sign the omnibus over the lack of funding from Congress for his border wall. “I am considering a VETO of the Omnibus Spending Bill based on the fact that the 800,000 plus DACA recipients have been abandoned by the Democrats (not even mentioned in Bill) and the BORDER WALL, which is desperately needed for our National Defense, is not fully funded,” Trump tweeted. It is yet to be seen if this will be an idle threat or if this could cause yet another government shutdown.