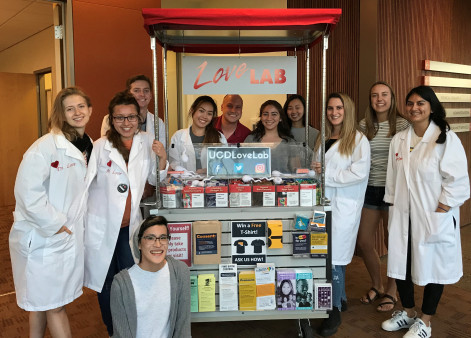 The Love Lab at University of California, Davis

Why Students Should Stop by the Campus “Love Lab”

Like the “Bruin Love Station,” this UCD cart hands out condoms and prevention messages—thanks to Capital City AIDS Fund.

Few things are more exciting than investing in a health project for students—this one focused on preventing HIV/AIDS and sexually transmitted infections (STIs)—and then watching it take off, grow and inspire others. That’s exactly what is happening with the Love Lab we launched at University of California, Davis (UCD). Health educators and students from the university were invited to travel to Honolulu, Hawaii, in November 2017 to carry a very special message about the project. Notably, UCD health educator Blake Flaugher, who has a master’s degree in public health (MPH), was asked to present at the annual conference of the National Association for Student Personnel Administrators (NASPA).

The Love Lab is a condom cart on wheels that traverses the campus to hand out condoms and other information about sexual health. Built and donated by Capital City AIDS Fund (CCAF), the Love Lab recently inspired University of California, Los Angeles (UCLA) to create the Bruin Love Station at the Arthur Ashe Student Health Center. 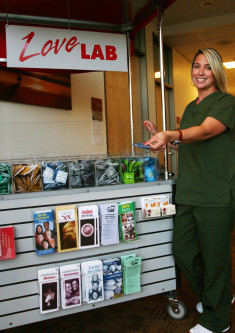 The Love Lab at University of California, Davis

“UCLA reached out to us and wanted to do something similar to what UCD did with Capital City AIDS Fund,” said Flaugher. “We’re helping them figure things out, sharing what we’ve been doing in terms of training students to work the Love Lab.” The Love Lab, by the way, recently celebrated its 10-year anniversary at UCD.

Teaming up with Flaugher for the presentation in Hawaii was Tiffani Garnett from UCLA, also an MPH. NASPA, established in 1918 and based in Washington, DC, is comprised of members from all 50 states and 25 countries worldwide. 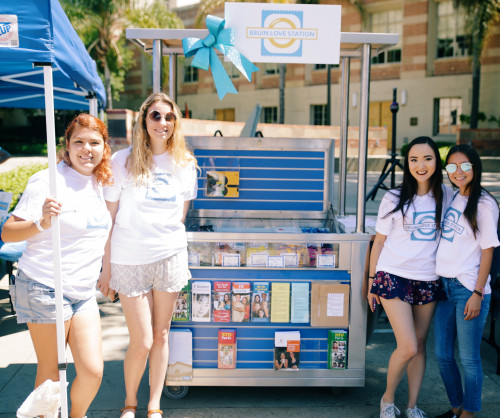 Their mission is to advance health knowledge and sustainability of the student affairs profession. To my delight, the organization clearly is embracing student sexual health educators—and our Love Lab! Flaugher said that the conference is an opportunity to advance leadership and shape change.

UCLA funded the Bruin Love Station, and it was designed by Garnett. “It’s been well received by our students,“ said Garnett. “It goes out on the average one day a week for two hours and once a month is transported to the residential community.”

With the ultimate goal of keeping students safe and staving off new HIV cases and STIs, both UCD and UCLA are carrying the message about an innovative and fun approach to help students stay safe. The fact that NASPA wants other campuses to learn about the carts is fantastic! 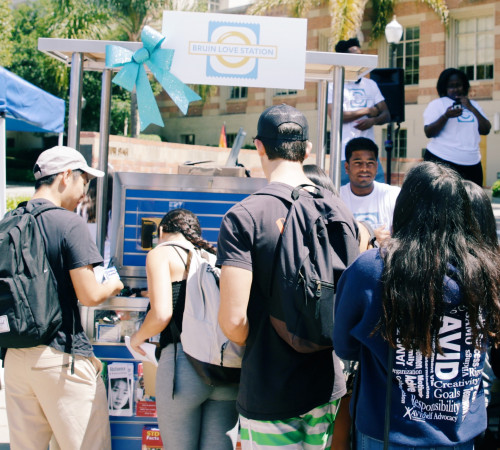 “It’s so important because we know that young people 18 to 24 have the highest rate of STIs and HIV,” said Flaugher. “College students are dealing with so many things trying to balance their lives and school, it’s important we carry a safe-sex message to them and let students know where to find resources and let them know how to use them.”

Who knows, we may soon be seeing more condom carts popping up on college campuses. Makes me smile. 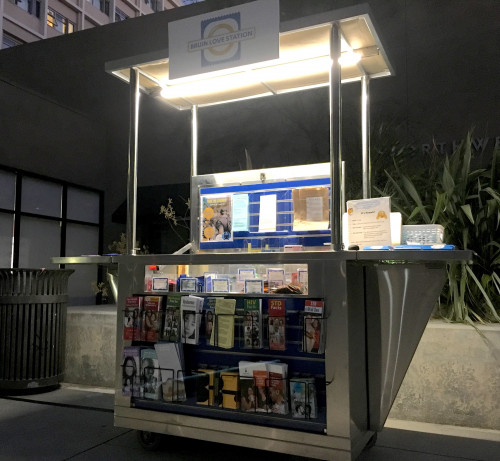