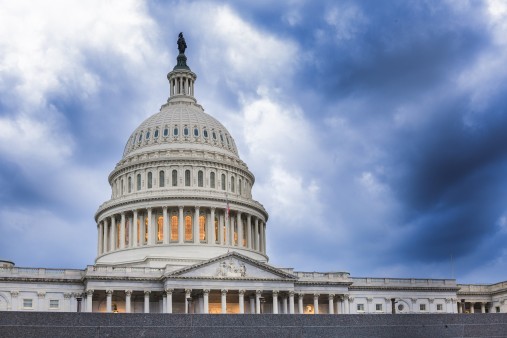 For starters, the law could shut down internet sites, forcing sex workers on the street, where they’re in even more danger.

The Senate is scheduled to vote next week on the Stop Enabling Sex Traffickers Act (SESTA), the Allow States and Victims to the Fight Online Sex Trafficking Act (FOSTA), or another similar iteration of the legislation, as early as Monday, March 12. Both SESTA and FOSTA legislation would extend criminal and civil liability to online platforms for posts about sex trafficking and sex work.

Facing huge new liabilities, the law could lead to platforms over-censoring user generated content or shuttering completely. Losing access to online platforms may mean that sex workers could no longer be able to screen clients for safety, negotiate boundaries such as condom use, and work in physically safer spaces. Harm reduction and anti-trafficking websites that offer safety and health information and that form online communities—which address social isolation, stigma, and discrimination—are also at risk of censorship and forced closure.

U.S. sex workers bear a high burden of HIV: Though the data is imperfect, the combined estimated HIV prevalence among U.S. female sex workers across 14 studies was 17.3 percent. Sex workers are more vulnerable to HIV because of large numbers of sex partners, unsafe working conditions, difficulty negotiating condom use, social stigma and discrimination, and criminalized work environments. These HIV risks are exacerbated for people who use drugs, LGBTQ people and people of color, who are more likely to be affected by the criminalization of sex work and are overrepresented in the criminal legal system in general. 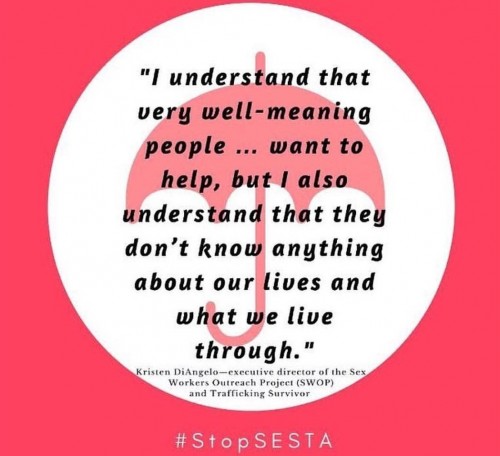 When internet sites shut down in the recent past, sex workers have had to find clients on the street. Sex Workers Outreach Project (SWOP) Sacramento found that over 10,000 workers in California posted ads each day on Redbook, until it was shut down in 2014. A needs analysis in 2015 found an 18 percent increase in Sacramento-based street work and more unprotected sex.

Street-based sex work is more dangerous for sex workers and harm reduction organizations. Police often confiscate condoms as evidence to support prostitution charges, and outreach workers also may face criminal charges for distributing condoms. This practice has been documented in Los Angeles, Washington, DC, San Francisco, and New York (though it was banned there in 2014).

Sex workers often face insurmountable barriers to services because of stigma and exclusion, with many fearing discrimination and arrest if they seek care. Successful and promising harm-reduction strategies and interventions are available. But SESTA and FOSTA legislation would undermine these efforts. While we support the goal of combating sex trafficking and violence against women, the legislation in its current form compromises both anti-trafficking efforts and harm reduction in communities already at risk of HIV and other STIs, while doing little to prevent trafficking.

Both SESTA and FOSTA have widespread bipartisan support in Congress: The Senate bill has 67 co-sponsors, and FOSTA passed the U.S. House of Representatives last week by a vote of 388 to 25. Few politicians want to be on the wrong side of an anti-trafficking bill, yet broad public opposition of the bill is mounting. Anti-trafficking, sex worker rights, LGBTQ, HIV, and tech advocacy communities are asking Senators to consider the real consequences if SESTA or FOSTA passes.

Join this broad community of opponents and urge your Senator to vote against SESTA/FOSTA next week.

Let your representatives know the impacts this legislation would have on your family and friends, colleagues and clients, with the suggested talking points:

Point 1: When sex workers are forced to work on the streets, they are at greater risk of violence and arrest, and they can be subject to condom confiscation by police, making harm reduction and negotiating condom use nearly impossible.

Point 2: FOSTA, (H.R. 1865) extends civil and criminal liability in online platforms and Internet sites to promotion or facilitation of prostitution, which could include harm reduction and anti-violence tactics and techniques, as well as hosting information about individuals who have previously victimized sex workers (known as Bad Date Lists).

Here are some of the additional reasons why our allies oppose SESTA/FOSTA: