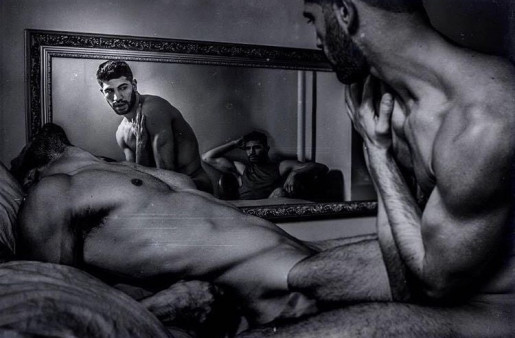 The Dark Side Awakens

When I was left to my own devices, I relied on substances to make me feel better and fit in.

There I was, in a hotel room. I faced a huge decision that, at the time, seemed so casual. Several guys stood in front of me, others reclined on the bed, and the room was lit by the bathroom light peeking through. Dance music played, and the pipe was in front of me. If I didn’t take a hit, I’d have to leave, which I didn’t want to do because one of the hundreds of guys I had a crush on was there. I looked at him and the pipe and within a split second I was smoking crystal meth.

The day turned into the night, and the night into the morning. People arrived and left the hotel room throughout that period, but I remained a constant. I was having sex and no one cared that I was HIV positive. They all embraced me and encouraged me to do more. I did it.  I had been missing this moment my entire life. Imagine that scene from Rent, during La Vie Boheme where Mimi and Roger sing to each other about having baggage. It was the moment they disclosed being positive to each other. I guess that’s a little what it felt like. I wanted to feel this powerful, and this was where I was—in the darkness with a bathroom light hitting me ever so slightly.

I had to make a decision to leave because I was scheduled to work that night. It was probably a good idea that I’d leave and get some rest before. I walked out into the morning and the birds were chirping, the city starting to wake up. I smoked a cigarette and headed to the train.

In 2012, I was still working at Therapy Bar, a popular gay bar in Hell’s Kitchen. I was oddly excited to talk to my coworker that evening about what I had done the night before. When I started telling him, he kind of looked nervous, but still giggled with me. I knew he would understand what I had done. I just got that vibe from him. He told me to be careful with my using so it doesn’t become a regular thing. I had no plans on doing it all of the time. It’d be a recreational habit.

I was twenty-three years old and thought I was beginning to find my footing. I ended up finding myself obliterated. When I wasn’t using drugs, I would drink. I don’t know how a human being can consume that much alcohol and live to tell about it. But I found that I didn’t like being drunk as much anymore—because I had discovered there was something better. I sought out that same dark place. It was the place where I felt I belonged as an outcast because “normal” people could never understand me. They didn’t have the problems that I had. They didn’t know how tough it was to be HIV positive.

I was becoming overwhelmed with so many feelings, and rage started building up in me. I was going to explode or burst if I didn’t do something different to change my and the patterns I was getting into. I needed an escape and just as I was about to pick up the pipe once again like I had a few others times, I was invited to go to Reno again for the Nutcracker, and this time I was going alone.