Twitter
Facebook
Pinterest
Tumblr
Email
Advertisement
Soccer is the most popular sport in the world. But in the United States it’s a polarizing topic of discussion, not unlike the issue of abortion, Michael Bay reboots and fanny packs at theme parks. (They’re practical, y’all.)  This summer, I’ve come down with Soccer Fever.  Not since the World Cup in 1994 have I been so into the sport.

I wanted to talk about the World Cup, so I went to the only former soccer pro I know: Ethan Zohn. A co-founder of Grassroot Soccer, canzer crusher and Survivor Africa winner shares his thoughts on HIV, this year’s World Cup tournament and what it means to truly survive life. (NOTE: Ethan’s answers submitted before the Semi-Final matches between Brazil/Germany and The Netherlands/Argentina. He knows his shit.) 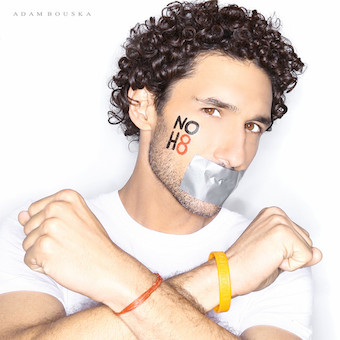 So, I gotta know, Ethan: do you have any favorites in the World Cup?

Of course I do, I live for World Cup. I have been to every World Cup since 1994. Before the cup, I felt Brazil would crush everyone. But now, I’m leaning towards an Argentina / Germany final with Argentina winning. Plus I love yelling out the name Schweinsteiger at random moments throughout the day.


What’s up with that dude who bit the other dude? Is that the craziest soccer foul you’ve seen?

That dude is Suarez, probably one of the best players in the world. To be honest I think he in love with Giorgio Chiellini. That was a love bite, not a foul. Plus Uraguay, where Suarez is from is the first country to regulate legal production, sale and consumption of marijuana. What do you expect?

I’d expect a more chill Suarez, but I’ve known people who freak out on the pot... a friend of mine... someone I know quite personally. He becomes a panicky mess... anyway...

After winning Survivor, you used the prize money to found Grassroot Soccer and help utilize the world’s love of soccer in the fight against HIV.  Several years later, you were diagnosed with cancer. I know you didn’t found Grassroot to gain cosmic favor, but... you getting cancer after going to bat, er, going to kick ball for the HIV community, was one of the lamest fouls I’ve ever seen in the sport of life. How are you feeling these days?

Ha! True, I need to have a word with the referee of this game of my life...who is that? God? David Hasselhoff?

I’m feeling great and excited I’m alive and strong enough to drink beer and watch soccer all month. In the years leading up to my cancer diagnosis I have been working hard through Grassroot Soccer, to help prevent young kids in Africa from contracting this life threatening disease. I do not know what it is like to have HIV, nor do I have HIV.  But, I do know what it’s like to walk into an office and get handed a very scary life ending diagnosis. Getting cancer gave me some street cred. Now I just want to do everything in my power to make sure others do not have to go through the same crap we went through. Can I get a “hell yeah”....

Hell yeah!  Lastly, any big goals for Grassroot Soccer during this World Cup season, or any of your other charitable efforts?

Where do I begin!  We always have cool events and fundraising campaigns. Right now, WHEATIES (the iconic cereal that always has amazing athletes on their boxes) is running a contest #WheatiesNext - 5 up-and-coming athletes in a voting contest for who gets on the next box. Each picks a charity to benefit.


Thanks, Ethan!  Enjoy the rest of the World Cup. And the beer, you’ve earned it!