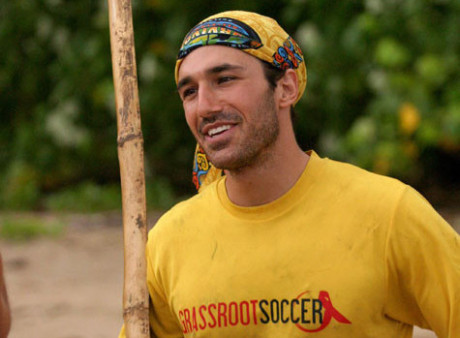 Ethan Zohn Is More Than Surviving

One of the HIV/AIDS community’s heroes, Ethan Zohn, was diagnosed with Hodgkin’s disease earlier this Spring. You might know Ethan as the winner of Survivor Africa in 2002- he became famous for having a great attitude and cool hair before he became famous for winning the reality show and a million dollars.

He became a hero to positoids when he used those winnings to start an HIV awareness charity, Grassroot Soccer, that uses to love for soccer in Africa to help educate children about the virus. Basically, in a time when HIV/AIDS wasn’t cool anymore, Ethan Zohn shined a spotlight on the epidemic and discussed why it was still important—and preventable.

In terms of Ethan’s health scare, he’s tackling cancer with the same attitude that helped him win Survivor and countless admirers post-Survivor. In this week’s People (look for that Twilight guy’s hair on the cover, ironically), Ethan shows off his hairless post-chemo head and says: “If I can make cancer a little less scary for people, I think that’s pretty cool.”

Last Saturday night on his Twitter page, he put it this way.

“I just laughed in cancers face, kicked him in the balls, twisted his nipple, pulled out his backhair and gave him a wedgie. Today is great.”

Ethan may have learned some of those moves from his girlfriend, Jenna Morasca, who won Survivor Amazon and recently entered the world of pro wrestling in TNA (Total Nonstop Action wrestling).  The Gods of Cool just keep smiling down on Ethan, and even after cancer, he keeps smiling back out at the rest of us. Ethan just finished chemotherapy, and has documented his feelings, triumphs and trials at People.com. Also, be sure to look him up on Facebook, and post some well-wishes to someone who has gone the extra mile in raising money and awareness for HIV/AIDS.

Here he is going the extra extra mile last year, dribbling a soccer ball from Massachusetts to Washington D.C. from August until December, tearing his ACL in the process.  Keep on kicking those soccer balls, as well as cancer’s testicles, Ethan.