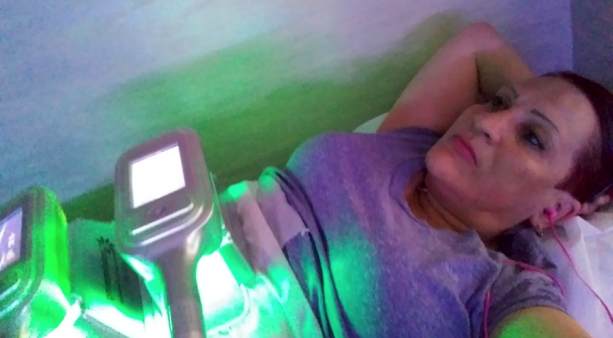 Because of visceral fat compounded by lipodystrophy, I felt constricted even trying to bend over and tie my shoes. I couldn’t exercise properly, and if felt like my bra was suffocating me. I decided to try CoolSculpting.

What I’m Doing to “Fix” My Appearance

Taking Egrifta and getting CoolSculpt: Is this a midlife crisis or a healthy reality?

I’m sure I am not the only one of us who wants to “fix something” about our own appearance—nor am I the first to actually go through with a medical procedure (or two) in hopes of changing something.

Unlike an appliance or chair that you order and can return, we humans have pieces that can never be replaced or repaired on command. As we age and mature our priorities usually adapt, and that can include how we view changes to our body and what that means to our quality of life. Aging is not an easy pill to swallow, even if we’re free of the superficial or desperate need to feel young and attractive again.

When I was younger, I was reckless with my health and body, yet I remember people saying to me, “You are alive, but that’s because you take care of yourself!” In actuality, that was far from the truth.

I don’t know if you have seen an active addict in full form, but that was me. Those times of being (un) comfortably numb are long over. Nowadays, though, just waking up can be painful—only this time it’s because of arthritis and old injuries. 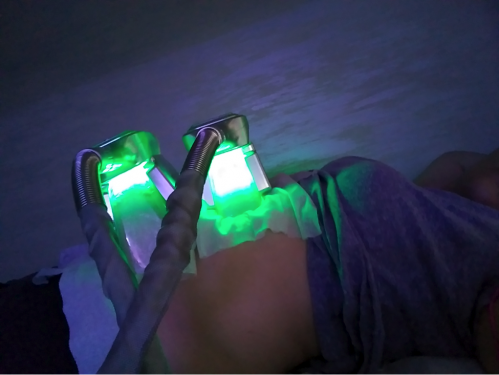 I do feel better after CoolScuplting because it has given me hope again.

Accepting myself as I am might seem like the logical way to go forward, but what if you are not sure what aspects of aging can be challenged in a healthy manner? After all, the natural process of aging can be exacerbated by stress—or by a lack of good physicians. Quality of life means a lot to me at this point in my life, and although I know my 20s are over, I want to feel healthier, in both mind and body.

But before I tell you what risks I’ve decided to take to improve my quality of life, let me backtrack a bit.

When I contracted HIV, I was not an IV drug user, but I became one as a way to self-medicate. I was infected purposely by a boyfriend who died a few months later. I was in my early 20s, and when I was diagnosed I was told I had six months to two years to live. That was 1990, so obviously expert opinions are not always correct. I went on a drug that contained AZT (nowadays, if you test HIV positive, you usually go on what is called a “cocktail,” which is a mixture of meds in one pill). My point is that my life expectancy diagnosis was not the only thing way off. My medications were also not in my best interest. At the time, I didn’t know that. I didn’t even know what a viral load was—and I really didn’t even care because I had become a hard-core addict who had nothing to lose, or so I thought.

But here I am, still alive 27 years later, even though I have acquired other issues in the process, such as PTSD (post-traumatic stress disorder). Eventually, I felt it was time to do some damage control and research—because if you don’t find out what is going on with your body and what is in your medications then you are giving way too much control to a medical field that has made many mistakes.

Anyway, after doing some soul-searching and some medical researching, I decided to undergo two different types of treatment to deal with fat tissue in my abdomen. While online looking at something and saw an ad for liposuction for $1,000 dollars, and it just made me want to lighten my load literally and figuratively. I went to see this probably hole-in-the-wall surgeon and he would not touch me because he said he didn’t want me to die. I felt so helpless. You see, my situation was compounded with fat-redistribution—one of the side effects of certain HIV meds. (Remember the early days when a big issue used to be wasting syndrome?). Fat redistribution also includes “buffalo hump,” where fat would accumulate on the back of your neck. The proper term for these abnormal distributions of fat is “lipodystrophy,” and it can also affect the fat in your core.

It is hard to get sympathy when you have this issue and are middle aged because everyone says, “You are just fat because of what you are eating,” or “Don’t worry, you look okay.” Either way I know that it feels like something EXTRA is going on and it doesn’t feel like a natural aging process.

Since I have a lot of baggage—such as having a history with mental health and drug issues and being a felon—I have often dealt with feelings of shame. But when you feel that your outsides are starting to look as ugly as you sometimes feel on the inside, well it can get very depressing. So I decided to do something about it. 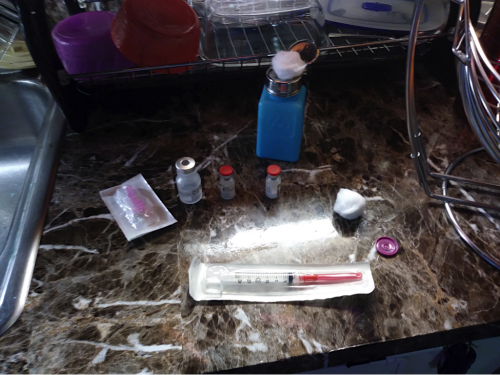 As a former IV drug user, I found that taking Egrifta is like deja vu. But today, there are no quick fixes.

Egrifta—an injectable drug to treat lipodystrophy—was prescribed for me, but it took about a year to get approved. They measure your waist-hips ratio etc. The medicine is stored in the refrigerator, and I have to inject it daily in my stomach area. The results? It has improved the hardness of the fat and improved my core, but it is not a miracle worker. You really have to dedicate yourself to diet and exercise to show faster progress.

When I first heard about CoolSculpting—a process that freezes fat cells that your body then removes—it seemed a little hokey, but it was cheaper that lipo, and for me, it turned out to not be very painful. The process feels weird, but I think the discomfort might be based on how much fat you have and the less you have it might affect other areas uncomfortably.

Check back on this blog for more updates on my process. I’ll also explore some of the more personal experiences that influenced my decision to try Egrifta and CoolSculpting (hint: they involve dating and having sex).