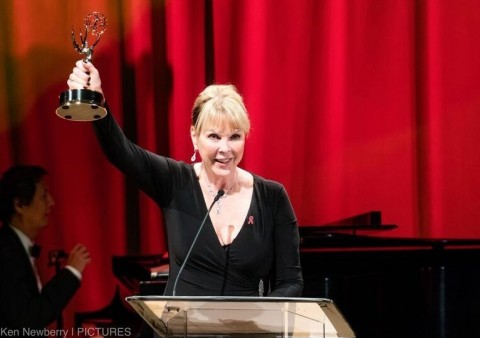 How I Found My Passion for AIDS Advocacy…

…and earned an Emmy in the process!

Receiving the Governors’ Award for a lifetime of television excellence put me over the moon! The National Academy of Television Arts & Sciences (NATAS)/San Francisco–Northern California voted to give me the highest honor a chapter can bestow. I was joining the ranks of Shirley Temple Black and Peanuts creator Charles Shultz.

At the Emmy Gala in San Francisco June 3, 2017, I was given an Emmy statue. It was my fifth—but by far the most important. This TV producer was humbled. 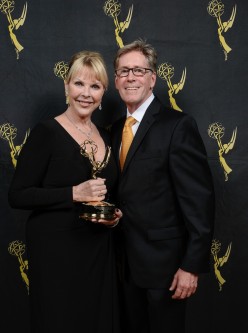 I asked friend, colleague and longtime HIV/AIDS Activist Ted Ross to introduce me. Ted and I have worked together producing TV for years, but it was AIDS that brought us together. His partner had died of complications related to AIDS. My best friend also had died. Ted and I became committed to the cause.

In 1995, Ted and I cofounded a nonprofit called Capital City AIDS Fund in Sacramento, California. I am chair. We raise awareness, educate, and provide college scholarships to HIV-positive youth.

I became involved with AIDS in 1986 as a news producer working for Sacramento NBC affiliate KCRA-TV. Little was known about the virus, and people were dying at an alarming rate. In addition to producing my daily newscast, I was assigned to produce one AIDS story per week. The reports were uploaded via a San Francisco satellite and distributed to TV stations nationwide. 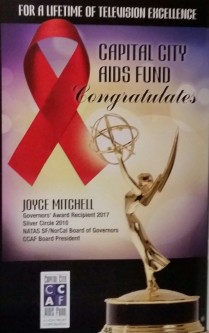 An ad from the Emmy Gala program

No one could have prepared me for the triumphs, heartache and wonderful people I would meet—and lose—on this journey. I met heroes who changed my life, making me stronger and more determined than ever. Cleve Jones from the Names Project/AIDS Memorial Quilt was one of my biggest inspirations. Randy Shilts, author of And The Band Played On, fueled my passion.

A straight woman, I added another voice and was embraced by the gay community. I reported on women and children living with AIDS and was asked to serve on various boards. I had found my passion.

So, when Ted asked me how I would like to be introduced for the Governors’ Award, all I said was, “Talk about HIV/AIDS.” On stage, Ted was powerful. He told the audience of TV peers that I “had doggedly pursued AIDS reporting at a time when the president of the United States wouldn’t even utter the word AIDS.”

For the Governors’ Award, the NATAS created a video summarizing my work. Below is an image from that video, which you can watch in its entirety here. 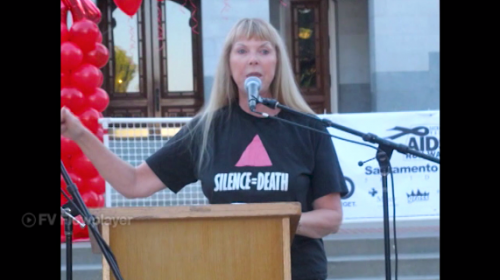 A image from the video honoring the Governors’ Award Emmy

I am honored to blog for POZ magazine. There is still much work to be done. HIV/AIDS has not gone away. The only cure remains prevention. And awareness is the first step to change.